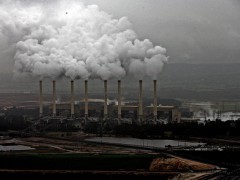 Money is, as Bernard Lietaer describes it: the ‘iron ring’ we have put through our own noses which now drags us around. We’ve forgotten that we designed the ring in the first place, and that it is within our capacity to reshape it.

What Lietaer is telling us is that we have become servants to the tool we once mastered. We have forgotten that money is merely an instrument to facilitate exchange. In the face of crisis, however, we have opted not to harness the same forces of human imagination that invented money to create a new economic architecture. Instead, leaders are resorting to austerity measures: short-sighted solutions that do little to address the structural deficits of our current model.

In Australia, short-sightedness and unsustainability are inescapable features of our system. Our economy, though strong, is dependent on non-renewable resources; coal, iron ore and uranium. This makes us reliant on our buyers, like China and its voracious appetite for minerals. 2013 has, however, seen increasing instability in the mining sector and significant job losses indicating that perhaps we are vulnerable too.

All over the world, global economic discourse is increasingly peppered with the term ‘austerity’: the penicillin for a world infected by crisis and recession. Heavy with connotation, the word conjures images of a stern schoolmaster, riven to the virtues of discipline and sacrifice.

Despite our lack of public debt, austerity, vis-à-vis economic prudence, is already a part of everyday Australian political parlance. Australia’s moves towards austerity, like its dependence on non-renewable resource extraction, unsustainable food production, decreased spending on environmental protection and job cuts, may ease worries in the very short-term and give the impression of decisive action but they do not have the interests of future generations in mind, let alone the disenfranchised groups of today.

Open Cut Coal Mine, Hunter Valley, NSW, on Flickr by Beyond Coal and Gas, CC BY 2.0

The global economic system is as unsustainable as it is exclusionary and unjust. The austerity measures routinely proposed do not question the absurd economic norms that inform our politics, economy and, increasingly, our cultural values. Moreover, they do not work.

What characterises the conversation on the economy is the assumption that our current economic system is logical and natural, and that with a few tweaks and a tighter belt, we can ride this one through.

Rather than address its overt contradictions and inequity, the austerity measures championed feed its unquestioned, almost mystical, logic as if there are no alternatives.

Countering the reliance on conventional systems, and offering viable alternatives are communities gifted with imagination and prudence. In response to crisis and austerity, barter systems have (re)emerged across Greece with a renewed emphasis on community.

BioFertile Farms, Workshop, Australia with Eugenio Gras and Paul Taylor, on Flickr.com, by Milkwooder, CC BY 2.0

In Australia, it’s promising to see more and more people learning to grow food, share resources and up-cycle. Such steps render us more resilient to economic volatility and less reliant upon a system that does not guarantee equity or security.

We all need to start thinking about our own capacity to imagine and embrace alternatives and remember that, despite its precedence, its power to include or exclude, to give or to take, to nourish or deprive, money only holds this power because we say it is so and behave accordingly.