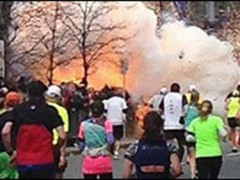 Just the other day I was having this rather unusual conversation with one of my American friends. I was fascinated at the depth of ‘philosophical’ ideas he had about multiculturalism and making the world a better place to live. But lo and behold, it turns out that this very friend of mine is anti-multiculturalism and anti-globalization. Now this is not what it sounds like; he isn’t phobic towards any community, it’s just his way of suggesting a solution to the problems of the world. His solution is to bind territories with a single culture or race or color. For example, a separate homeland for white people, another one for gays and lesbians, for African-Americans and so on. Now as bizarre and bigoted as it may sound, there are obviously some factions in every society who, though perhaps not as strongly as my friend, don’t much like multiculturalism and globalization. This often brings up various problems connected with “this-ism” or “that-phobia”.

Just after the Boston Marathon bombings, when an Arab ‘suspect’ was being questioned for being in the wrong place at the wrong time, I was reading my social media timeline where a lot of my Muslim American friends were praying to God along the lines of ‘God please let the attackers NOT be Muslims’. Perhaps they were scared of anti-Islam wrath being unleashed all over again. But even though the suspects in the bombing did turn out to be Muslims of Chechen origin, this still hasn’t created a hostile situation towards American Muslims. As investigations continue, preliminary reports suggest that the young suspects Dzhokhar and Tamerlan Tsarnaev somehow failed to integrate into American culture even after living in the US for over a decade.

Should we call this a failure of multiculturalism? Let’s not rush it! While this case is the story of a failure, there are numerous success stories as well where immigrants successfully integrate into society and contribute to the economy. If any lesson can be learnt from the Boston bombings, surely it’s that we should provide better opportunities to enable immigrants to integrate. I am definitely not suggesting putting FBI surveillance on every immigrant, but rather helping them integrate into the society. After all, culture is learnt — and with right kind of education, the aim isn’t impossible.

So what’s the right kind of education? Well, my suggestion would be to use learning methods customized for people from different backgrounds. Try out various narratives and ideologies, and helping people integrate better by the power of logical reasoning and counter narratives (if the ones they carry pose a threat).

Why bother? If we don’t, we might very well be alienating people. So instead of isolating them or letting them become even more lonely, the right thing to do would be to help them integrate into society.

Wouldn’t it be a lot easier to follow my friend’s advice? It’s so easy to say ‘go back to your own country’ to a person who seems different. But in the age of globalization societies are interdependent; therefore oftentimes, we’re gonna need people from other countries to come and work for us, invest in our country, create job opportunities and ultimately contribute to the economy. We have no choice but to open our doors and accept them with open hearts.