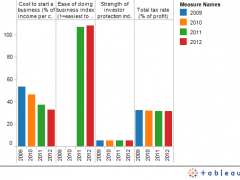 What is a welfare state? Merriam-Webster defines it as “a social system based on the assumption by a political state of primary responsibility for the individual and social welfare of its citizens”. Put in a more straightforward way, a welfare state is like a parent and citizens are its children.

Up to a certain age, children depend totally on their parents or caregivers. As they grow up, the level of dependency slowly declines until the child is no longer dependent on its parents, and turns into an adult with responsibilities and aspirations of its own.

A welfare state does not follow this natural path of growth and responsibility. The state is expected to be a parent – perpetually. This is both a counter productive and an extremely expensive proposition. We have seen pampered children who fail to live up  to expectations because they have been mollycoodled by parents for far too long, while, on the other hand, there are children who suffer gross neglect at the hands of their parents and caregivers.

In families it’s important to maintain a balance between parenting and over protecting children. Likewise, a state should also be balanced and not be expected to play the role of the perpetual parent.

As  I mentioned above, a welfare state is an expensive proposition. And Nepal’s struggling economy and wobbly political landscape (as shown in the data below) simply cannot take the burden.

The current economic climate is not conducive to business and other means of generating revenue. It is difficult to do business in Nepal because the country’s investor protection is abysmal and its tax rate is prohibitively high.

Indicators of the Adverse Business Climate in Nepal

The shift in Nepal’s political and social landscape, as it becomes more sympathetic to socialist or communist ideology, means that while labor protection is improving, investors and business owners get a rough deal from the state.

This creates an imbalance as skilled workers who cannot find jobs, because businesses are failing and in many cases forced to shut down, are forced to migrate in search of work. Many end up in countries with little or no labor rights and protection. Ironically, the pro-labor climate in Nepal works against its own workers and represents the failure of the labor rights movement.

The energy situation is also very frustrating. Despite being rich in water resources, Nepal is currently deficient in energy with all its major cities suffering hours of power cuts on a regular basis – which hardly paints an encouraging picture for business owners and entrepreneurs.

The high cost of electricity in Nepal (% of income per capita)

It is no surprise then that the unemployment rate in the country stands almost at 46% (2008 estimate) and inflation too is very high. Our parent, in this case the Nepali state, is essentially a slacker – an underemployed parent who is in no position to pay for her children’s needs.

Nepal’s Economy, as Compared to Neighbouring States and the USA

Can Nepal afford to be a welfare state when it is failing to create a conducive environment for employment and revenue generation? There isn’t enough money in the house, and how long can the country depend on foreign aid and remittances sent home by migrant workers to sustain itself? It is high time for the country to realize that if the state did what it is supposed to do in the first place, we wouldn’t need a welfare state at all.

All illustrations by the author