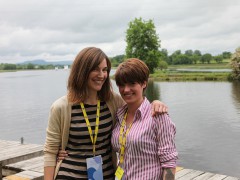 The gap between the rich and the poor in the UK is just as big an issue as ever. Today though, this gulf is presenting new problems in the form of one of Britain’s biggest killers in recent years: breast cancer. Since the 1970s, the disease has developed from affecting relatively small numbers, mainly women from wealthy backgrounds, to becoming one of the UK’s deadliest diseases, hitting underprivileged women the hardest. These days, it’s women from deprived areas that are at the greatest peril from the malady which claims around 500,000 lives in the UK every year.

Along with much of the rest of the developed and developing world, the UK has experienced an alarming rise in breast cancer over the past 40 years – with the rate growing by 84 per cent in the United Kingdom since the 1970s. Now the chances of women from deprived areas surviving breast cancer for more than 5 years is 15% lower than those from the wealthiest backgrounds. This figure stands in marked contrast to a generation ago when the wealthier were under greater risk from the disease.

The issue has been linked to lack of information and slower service from the NHS in these areas. Women in poor areas are more likely to have a late diagnosis of cancer with an estimated 1,000 women dying from breast cancer each year who could have been saved if the inequality of information were addressed.

That poor women bear the brunt of breast cancer is also a symptom of inadequate diet. While 40 years ago poor women ate less, these days – due to lack of food education, money, equipment, etc. – they simply eat less well.  Higher fat consumption in the diet has been linked to breast cancer through research on the onset of periods in girls and on diet-based genetic developments to the P53 gene, which causes higher risk of breast cancer.

Full of Heartache and Despair

(Ex-)single mother Jack Monroe has made a name for herself with her blog about the hardships of crippling poverty and the ultra-thrift recipes she used to survive it. As far as impoverished eating habits go, she knows full well the difficulties facing poor women.

“Try cooking a budget fish pie,” she challenges, “when you only have a single plug-in hob, or a microwave, or a disability that means you need to buy your vegetables pre-chopped, sending the cost soaring.”

The thrift recipe-maker extraordinaire also describes her experiences: “You’re full of pain and heartache and anger and despair and it’s starting to seep through the cracks… This person does not pop down to a local market and smile sweetly at the stallholder for a handful of gourmet vegetables.”

With unemployment levels still rising among young people, and remaining dangerously high all round, informing the population about breast screening is just the tip of the iceberg; there is a void of food education which needs to be filled. Better yet, the matter of poverty itself needs to be addressed urgently rather than simply criticising and blaming the poor.

Jack Monroe, who writes a blog about her trials and tribulations dealing with poverty, campaigning at the G8 with fellow IF activist Sarah Robinson. Photo by G8 UK on Flickr. CC BY-NC-ND 2.0

Individuals and bodies outside of parliament are pushing on with positive steps. Monroe has used her blog as a springboard to campaign at the G8 summit for dealing with issues such as fair land ownership, trade and tax accountability, demanding the necessary nutrients for everyone. Celebrity chef Jamie Oliver’s television series ‘Money-Saving Meals’ is equally to be commended for promoting better food intake among the impoverished and broadcasting the problems.

It is the government’s job, though, to respond to the glaring need for action. Work is needed to provide better information about causes and solutions of cancers, and moreover to stop people slipping through the net into poverty in the first place. As Dr Lee Baker, a researcher into the link between cancer and poverty, stated, “If we lift people up the deprivation scale they will be less likely… to develop breast cancer.” More than 250,000 people in England are diagnosed with cancer every year and about 130,000 die from the disease – a figure which could, and should, be cut.