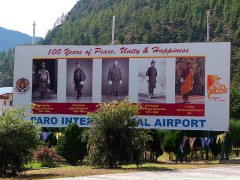 The notion that economic growth is inherently beneficial for society is deeply entrenched dogma in the United States. The primary (indeed, almost sole) metrics of our nation’s health and success are economic indicators such as Gross Domestic Product (GDP), the total value of all nationally produced goods and services, and GDP per capita. The result of increasing GDP is often not only marvelous, but absolutely necessary. I wish to argue, however, that this is not inherently the case. Along with the good, such as raising people out of poverty and securing increased economic flexibility for most, there are negative consequences to unbridled economic growth as well. Most notably, an unquenchable desire for material consumption is the primary motivation for drilling more fossil fuels, clearing more land, and depleting other finite resources. This is not to mention the potential human psychological problems associated with growth fetishism. Only through close examination of 1) what it means to be “better off” and 2) the means of achieving this goal in a sustainable and efficient fashion, can we build a country and world that maximize our own personal fulfillment and prevent potential ecological crises such as climate change that pose existential threats to humanity.

To begin, I ask a simple question: what constitutes well-being? While notions of happiness, prosperity, or fulfillment are largely subjective, the art of happiness is quickly becoming a science. We know from substantial research in positive psychology and related fields that five of the most important factors for human happiness include: social capital (meaningful relationships with others), regular physical activity, the practice of mindfulness, perpetual learning (and engaging with new challenges), and giving to someone or something beyond oneself. Despite the importance of these factors in determining fulfillment, there is no widely adopted measure of prosperity in the U.S. that comes even close to measuring these outcomes.

Traditional economic indicators, on the other hand, measure one thing only: material wealth. Now don’t get me wrong, a baseline of wealth is essential for establishing human happiness. In fact, it is probably the single most important factor for all of those around the world who cannot secure access to adequate shelter, sustenance, or safety. But past a certain point, increases in income demonstrate decreasing marginal utility at best; at worst, time spent pursuing income likely comes at the cost of other activities known to increase happiness (e.g. time spent with loved ones). In a definitive study on the link between income and happiness across countries (both developing and developed), Economist Richard Easterlin found that happiness does not increase with rising incomes over any extended period of time. Other researchers, such as Daniel Kahneman and Angus Deaton, have found that increases in personal income beyond $75,000 have no impact on self-reported happiness, though they can lead to increased satisfaction when evaluating the entirety of one’s life. Clearly, increased material well-being begins to lose its importance for human happiness after a point, and while it may increase one’s perception of overall life satisfaction, it is only one of many factors that does so. The problem is that it continues to be the only fulfillment metric that we monitor closely.

The environmental arguments against unabated economic growth are also strong. Several renowned scientists argue in Nature that human actions tied directly to growth and resource depletion are leading us rapidly toward nine crucial biophysical tipping points, ranging from climate to the nitrogen cycle, beyond which there is legitimate uncertainty about the persistence of habitable planetary conditions. We now have more power than ever to contribute to the rapid deterioration of our incredibly fragile home. These warnings by themselves represent a serious call to consider more sustainable modes of living.

Given the psychological and environmental arguments for reevaluating the focus on material growth in the United States, the question then becomes: what alternatives are available? I believe that society measures what it values and seeks to optimize what it measures. The answer, therefore, begins by creating new metrics that more accurately chart what we value most, namely human well-being. There are a host of options currently on the table: Gross National Happiness (made famous by Bhutan), the Happy Planet Index, the UNDP’s Human Development Index (not tied directly to the positive psychology above and based on Amartya Sen’s Capabilities Approach), and recommendations from star-studded commissions in England and France to track well-being. Although none of these approaches are perfect or all encompassing, each represents an important step toward a better understanding of human fulfillment. The best possible solution is likely some combination of these measures together with traditional economic measures.

Now that we’ve established a framework for understanding well-being while considering the human and environmental reasons for establishing viable alternatives to GDP, the final question becomes one of feasibility. How likely are we to see the U.S. move in this direction? The bad news is that the institution of perpetual economic growth is almost religiously tied to the ethos of our country. Proposing alternatives might initially seem anathema to the established American way of life. The good news is that the proposal is, at its core, not at as radical as it may seem. For in a world where we measure human fulfillment, we are still using the capitalist engine to maximize “growth,” just a different type of growth. Instead of competing to produce and consume things that may not really matter to us, we’ll be competing to maximize things that make us all better off. Acceptance of this idea is crucial for the survival and prosperity of humanity and the earth alike. Fortunately, I think we’re up to the challenge.