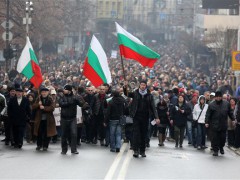 The Future Challenges question of the month asks what citizens can expect from their governments in the future. In all honesty, I think they can only expect as much as they demand. My proposition, and a lesson I’ve learnt from living in Eastern Europe, Western Europe and the United States, is that governments, be they local, regional or national, are no better than their constituencies.

To give an example, let me share with you one of the conclusions of a research project I was recently involved in. The Romanian Academic Society, Romania’s oldest and one of its most reputable think tanks, commissioned a team of ten experts from South-East Europe to do a study on educational systems in our region. More precisely, we were asked to investigate what are the governance elements and accountability links, either missing or broken between citizens, policy-makers and service providers, which prevent good quality basic education from happening in the region. The assumption our donors and institutional partners – The Global Development Network and the Open Society Institute – had in mind when embarking on the global research program of which our study formed part, was that high quality public service delivery is hindered by ill-designed and misapplied governance mechanisms. The philosophy of citizen accountability maintains that citizens act as clients who demand high quality services either directly from service providers or indirectly through government officials and policymakers – who, in turn, determine the behaviour of service providers.

National experts from Albania, Bulgaria, Macedonia, Montenegro, Romania, Serbia, and Slovenia talked to over 100 stakeholders (parents, experts in central ministerial bodies, school inspectors, teachers, etc.). Parental participation was a topic discussed, and one conclusion here was, as expected, that information and feedback mechanisms are poorly constructed and communicated. Moreover, neither service providers nor decisionmakers feel that they are “accountable” to “clients” (parents or pupils). Teachers themselves feel they are accountable to their hierarchical superiors (inspectors, high-level officials in the ministry), but not to the beneficiaries of education themselves. The public consultation channels are sporadic and not used efficiently.

In countries where the dialogue between citizens and their governments is sporadic at best, eventually violent protests break out. See February 2013 protests in Bulgaria. Photo by : Railroadwiki on Wikimedia commons.

What was more surprising, however, was the conclusion researchers came to regarding clients’ desire to participate. Participatory culture continues to be very underdeveloped in Eastern Europe where citizens continue to live very individualistic lives. For instance parents dissatisfied with the education their child is receiving in school, resort to two strategies: private tutoring or moving the child to another school. Very few of them participate in school life. Western-style school reform created school boards, in which parents can participate and directly influence school life. Surprisingly, there are some schools in which no parent wants  to be elected to such a body. Regular consultation channels on educational policies are seldom used by parents, as they do not feel any responsibility for education at large, only for the education of their own child. Low levels of regular interaction between citizens and decisionmakers leave citizens believing they have no “client power”. Thus low trust is perpetuated. The outcome is cynic: societies erupt against the political establishment, yet violent public protests are hijacked by political opponents of the establishment who are no better than their predecessors, as happened recently in Bulgaria.

What if citizens started feeling more responsibility for society? What if citizens actually made regular use of existing channels for feedback, complaints and participation? If they did, we’d probably be able, in time, to have a normal relationship with our governments.