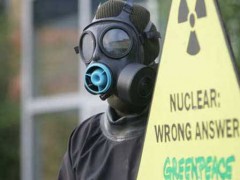 Rarely has the relationship between public policy and public opinion been so clear in Europe than in the realm of energy since the Fukushima accident. The effects of the Japanese earthquake in this area appear stronger in Europe than in most other regions and probably greater than even in Japan itself.

Will the fall of nuclear spur coal?

Most environmentalist parties and institutions do not consider that there is a dilemma between nuclear power and carbon emissions. However, and as ironic it may be, the Green movement’s anti-nuclear success will, at least in the short term, aggravate the effects of climate change.

Indeed, Germany’s nuclear phase-out was predictably greeted with great pleasure by the European coal industry. Prime Minister of Poland Donald Tusk, whose country is largely dependent on coal and also champions shale gas, said “From Poland’s point of view, this is a good thing,” noting that “It means coal-based will be on the agenda.” Analysts from Deutsche Bank, Société Générale and Nomisma Energia have predicted an increase of around 400 million tons of carbon dioxide over the next decade due to the phase-out, an almost a 5% increase in yearly emissions.

George Monbiot, a tireless British peace and environmental activist, has been one of the few voices from the Green movement to question anti-nuclear wave. Shortly after Fukushima he expressed the fear that the turn against nuclear would lead to its automatic replacement by coal, which he considers much more dangerous both in terms of accidents and climate change. This attracted the ire of some of his environmentalist comrades and he went to on to debate with Helen Caldicott and Doug Parr of Greenpeace on the issue.

Carbon emissions in Europe in 2008 in millions of tonnes, courtesy of the Guardian.

The advocates of nuclear power have long been attempting, despite the industry’s safety and waste issues, to burnish its anti-climate-change credentials. The French government, whom the Austrian magazine Profil considers the “most influential pronuclear lobbyist on the planet”, has notably been attempting to have the EU recognize nuclear power as a “low carbon technology”, with little success.

However, there’s little denying that nuclear is a marked improvement on coal in the fight against climate change. The United Kingdom’s Sustainable Development Commission advises that it “is a low carbon technology,” albeit one whose “use is unsustainable”.

A real dilemma then exists for environmentalists as they prioritize between the fight against climate change on the one hand and fear of radiation and nuclear waste on the other. This dilemma is strikingly illustrated by the diversity of European nations’ energy models and the outcomes they provide: France has almost 80% of its electricity provided by nuclear power (a legacy stemming from Charles de Gaulle’s ideology of national independence), Italy eliminated all nuclear power in the 1980s, and most other countries have mixed systems that mostly rely on coal.

The differences are striking. In each case there is a clear correlation between the use of nuclear power and drastically lower carbon emissions, as can be seen data from the U.S. Energy Information Administration (graphically illustrated by the Guardian’s “carbon atlas”) and that of the World Resources Institute.

The trend is also apparent in Eurostat figures. The case of Italy is perhaps the most catastrophic. Rejecting nuclear in 1987, the country made no serious provisions for its replacement. The country emits more CO2 than France, produces just over half as much electricity (329,000 GWh) and has a whopping 86.8% energy dependency rate (the normal figure is around 50%). As a result, nuclear-free Italy imports much of its electricity from… nuclear-powered France. In September 2003, the problems of this dependence were dramatically shown when electricity supply from France and Switzerland was disrupted, leading to a 12 hour black out of the entire country, minus the islands of Sardinia and Capri.

In addition, between atomic France and mixed Germany there is no contest as to who is better contributing against climate change. In 2008, France emitted 397 million tons of CO2, Germany 766 million, the United Kingdom 520 million and Italy 408 million. However, while France emits less CO2 than Italy, it produces 570,000 GWh of electricity (almost as much as Germany’s 635,000), of which it exports 8%.

The problem of nuclear power cannot be reduced to carbon emissions – there are safety and waste issues that must be considered – but the fact is that it has allowed France over the past decades to be of the big European nations simultaneously both the highest per capita generator of electricity and the lowest per capita emitter of carbon dioxide. Surely that is something worth considering in the climate advocate’s balance sheet?

Renewables: Can they more than make up for nuclear?

Germany’s anti-nuclear turn is likely to be far more successful than Italy’s. Renewable sources of energy are much more developed now than they were in 1987, German industry and technology are the best in Europe, and the country has substantial wealth to subsidize fledgling sectors if need be. However, it will not be cheap or easy.

The German government has bullishly argued that 100% renewable electricity provision is possible by 2050. This will require a dramatic combination of both effective new technologies and public support to achieve. Eurostat figures state that the proportion of electricity from the EU generated from renewable sources had only a 4 point increase between 1992 and 2008 from 12.7% to 16.7%.

Despite the easy passage of the new legislation, many in Germany have balked at the cost. The Reconstruction Credit Institute, a major German state-owned bank, has estimated at €250 billion the cost of abandoning nuclear power and Eon, the country’s largest energy company, has cited the phase-out as part of the reason for cutting 11,000 jobs world-wide.

Whether Germany can succeed in having renewables replace nuclear, however, isn’t only a matter of political will or economic sacrifice. There is the very real question of whether existing technologies are physically up to the task.

There are many examples of policies which appear to be better for a country’s green image then its carbon emissions. Germany has been gathering a deserved reputation as a renewables champion, notably for its use of solar power. However this has come at a cost and for limited results. Der Spiegel recently noted that while almost half of Germany’s €13 billion in renewable energy subsidies went to solar power, this provided only 1.5% of the country’s electricity (a tenth provided by all renewables).

In truth, relatively few sources of renewable electricity have been able to rival coal and nuclear. Hydroelectricity remains by far the most important but has seen little growth in recent years (its use is dependent on geography).

Of the new sources, only wind has been able to establish itself as a decidedly non-negligible source. In Spain, Europe’s leader in this area, wind power recently surpassed coal to provide almost 16% of the country’s electricity.  Greenpeace has notably singled out wind as the most viable alternative to nuclear and indeed if the sector continues its exponential growth, the European wind industry predicts output will triple between now and 2020, then wind in and of itself will have begun to be a serious rival to both nuclear and coal.

We will then witness something of a great “open-air experiment” over the coming decades in several European countries but above all in Germany. Can public policy, that is (hopefully) intelligent regulation and massive subsidies, entice renewable sources of energy to displace both nuclear and coal? Can renewables in fact meet the needed increase in electricity production as we move towards electric cars and reduce our use of fossil fuels?

A degree of skepticism is probably warranted. In the meantime, diversity among European nations’ electricity provision may be the best way of experimenting to find the best energy model. We will then be better armed to lucidly consider which options will provide us with the best compromise, as all politics is compromise, of safety, low emissions and energy independence.