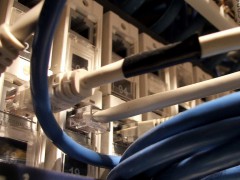 Last October, news surfaced that the U.S. technology company Blue Coat Systems had provided the censorship equipment used by Syria in the government’s repression of its citizens. The company initially denied the charge, first brought by the European hacker collective Telecomix with traffic data taken from within Syria, but with increased media scrutiny the company later admitted having sold the equipment through intermediary distributors in Europe, unaware of its final destination. Had the sale been direct, it would be in violation of the 2004 export ban on all US goods to Syria except medicine and food. Because it was indirect and supposedly without the company’s knowledge, there are few avenues for reprimanding the company. That the company’s surveillance and censorship technology was later found in Myanmar as well, a country under similar export control measures, has only intensified the scrutiny of these companies and the porous legal regimes that allow their trade to continue to flourish.

The episode reinforced an unfortunate reality where the business decisions of U.S. technology companies are at odds with stated U.S. foreign policy priorities such as Internet freedom and undermine international humanitarian and human rights concerns in repressive regimes such as Syria and Myanmar. Indeed, the golden standard for Internet censorship–China’s Golden Shield Project, popularly known as the Great Firewall–was built with technology from U.S. companies such as Cisco Systems, Microsoft, Sun Microsystems, and Websense. Such companies insisted at the time that their technologies were politically and morally neutral, and that they had no control over how their technology was used. But although these technological services “do not entail the day to day management of networks” as Cisco argued, these companies do provide service and training support for their products.

Some companies have distanced themselves from such positions over time. The use of Websense’s web filtering technology in Yemen had been publicized since 2004 by the OpenNet Initiative, but after increased domestic and international media pressure the company voluntarily discontinued its service to Yemen in late 2010. After the Blue Coat controversy broke in October 2011, Websense published a statement exhorting other U.S. technology companies not to deal with governments that would use the technology to suppress the rights of its citizens, even if the company had the legal ability to engage in such business. Whether such industry self-regulation can be sufficient is doubtful, especially given the difficulty of proving a company such as Blue Coat knowingly sold the technology to the government in question and the many international companies in the industry not influenced by such self-regulation.

But domestic measures are being considered. After the Blue Coat controversy broke in October 2011, an investigative article in the Wall Street Journal publicized that the Chinese company Huawei was selling and servicing surveillance and censorship technology to Iran. These two developments have led to increased U.S. government scrutiny of the ability for existing laws and regulations to combat this trade. Furthermore, NGOs such as Access highlight the need for any legislative or executive action to make clear that such trade restrictions and export controls target the technology itself, and not only be applied to states of U.S. concern such as Syria or Iran.

And now the test both for the U.S. government and for the self-regulation of U.S. technology companies has arrived. In late February 2012, the Pakistani Telecommunication Authority put out a request for proposals for a “National URL Filtering & Blocking System” for the country (covered in detail by Nighat Dad in her own local views article). The Pakistani NGO Bolo Bhi protested the move by sending a petition to the major technology companies around the world that might submit a proposal, and the response has been heartening. Websense and Cisco responded with official statements citing corporate social responsibility in their decision not to pursue the Pakistani request for proposals. Sandvine, Verizon, and McAffee also responded briefly that they would not submit bids. The only U.S. company not to respond to Bolo Bhi’s petition has been none other than Blue Coat Systems. In addition, the three international companies Bolo Bhi approached have not responded: the Canadian company Netsweeper and the two major Chinese telecommunication companies Huawei and ZTE. With strong prodding from civil society organizations, the U.S. industry was mostly successful in not participating in the censorship proposal request from Pakistan. However, the deficiencies of such industry self-regulation—Blue Coat and the international companies—suggest the need for the U.S. government to extend its current concern over the export of surveillance technology to Syria, Myanmar, and Iran to any country, including allies such as Pakistan.

From the Pakistan case the way forward seems relatively clear. NGO pressure must continue on U.S. telecommunications companies to incorporate human rights considerations into their businesses decisions abroad, including pushing companies to follow Websense’s lead and join the Global Network Initiative or other multi-stakeholder venues concerning Internet and communications-related freedoms so that they can better understand how such technology is not “morally neutral.” In addition, the U.S. government must improve its efforts to make it in the interest of these U.S. companies to incorporate human rights considerations into their actions, whether through export controls on the technology, due diligence or other regulatory requirements for the industry. Furthermore, the U.S. government must incentivize international companies to comply with these requirements, whether through U.S. Government procurement rules that block companies who do not engage in industry best practices, pursuing international regulations, or other measures. With both Syria and Iran—the U.S. Government’s current countries of concern—engaged in soliciting and using censorship technologies, this is an ideal time to pressure the U.S. to pass laws or enact measures to support the initiatives of NGOs and some in industry to regulate the industry, not only to level the competitive playing field in the international industry but to lift the moral standards of it as well.