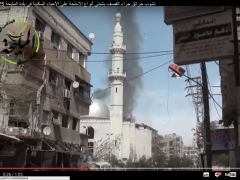 Hoaxes, fake videos and image manipulations are nightmares for every journalist. Since citizen media – so called eyewitness videos or photos, floats the social media sphere, you cannot simply trust what you see. Here’s how to keep a cool head when filtering news from noise.

Does anyone remember the grizzly bear chasing the snowboarder somewhere in Japan?In April, this tempered video of Kelly Murphy emerged on YouTube. Murphy claimed to be chased by a bear while snowboarding. It was shared and viewed almost 8.5 million times.

Did you believe it? What looked like some crappy eyewitness video was actually produced with a fully equipped film team, trying to maintain the amateurish look. In this case, footage of a grizzly (grizzlies don’t exist in Japan, btw) has been superimposed onto the original footage. Through this fake video, the Woolshed Company gained a lot of publicity.

The internet is full of inaccurate and unverified information that is used to blur, baffle and claim false assertions. With every news story, dozens of rumours float through the social media sphere. Images appear that may or may not have something to do with the story they are intended for.

For every journalist, this poses a big challenge: how to ensure the footage is reliable and trustworthy?

Just after the Munich shooting, some Twitter twats posted a photo of the aftermath of the bombing of a shopping centre in South Africa from 2012. Were they unaware? Did they want to intentionally mislead? Or were they simply trolling?

Fact-checking is, therefore, the golden rule for a journalist, especially when looking for breaking news on social media platforms. But verifying sources is not rocket science.

These ten commandments from @onthemedia are spot-on and up-to-date.

Here is my simple guide to check facts and verify videos and images.

1.Fact-checking in the Metadata

“As with any story, start with the basic questions: who, what, when, where and why”, writes Malachy Browne, the news editor with Storyful, an agency that filters news in the social media age. “The metadata associated with a video or photo can help answer some of these questions by providing you with details about the original source, date, and location.”

If the video is originated and shared from YouTube, Amnesty International can help you assess the video with its recently launched Data Viewer, which extracts information such as the Video ID on YouTube, it’s name and title of the video, and the date and time it was uploaded. This is useful if you need to determine the originality of the video, especially when you are confronted with several copies of the same video from the same date, and to determine the actual upload date in some cases.

Not everyone is responsibly doing her homework:

Mainstream media, including the Belgian News outlet Dernière Heure at dhnet.be, la Libre, and even CNN should have made use of this when they published alleged CCTV camera footage of the explosion right after the Brussels terror attacks at the airport and on the Metro Maelbeek. VRT Newsagency later shared it too. Had they done their verification homework, they would have found out that the videos originated from 2011, from the bombs, exploding in Moscow’s airport and Minsk’s underground. You can read the full story here.

2.Who is the source?

News outlets could have easily used Amnesty International’s step-by-step guide to assess citizen video information. It shows the hidden as well as public data of a YouTube video and walks you through digesting the information. Also, it’s useful to check whether there are any other social media accounts, such as Twitter, Facebook, Google Plus or Instagram, associated with this YouTube account to ensure this source is reliable. You should also consider assessing the source. For instance: how many videos has this person already posted? When was the account created? Is this user from the same region as the video in question?  Useful search tools of people and social media profiles are Pipl.com,Who.is, and Storyful Multisearch.

3.What is the video´s location?

“Finding newsworthy material on social media boils down to searching by keyword and location”, writes Malachy Browne in the Verification Handbook, a superb handbook and a real “must-read” for everything you want to know about verification. “With the source being identified and examined, the next step is to try to verify the content of the video itself. This begins with confirming, or establishing, the location of the video.” So to find the location of a YouTube video, Google has created the unofficial tool YouTube Geosearch to search for native geo-tagged YouTube videos.

Also, the video itself might give some hints about where it has been filmed, like a distinctive street or landmark. A building, church, minaret, bridge or mountain range are all good reference points to compare with satellite imagery and geo-located photographs. Geofeedia and Panoramio are good alternatives, too. Wikimapia is the crowd-sourced version of Google Maps in which buildings, neighbourhoods, military sites and other points of interest are outlined and described. Google Earth also provides a history of satellite images, which can be very handy when examining older videos and where the terrain might have changed.

4.Has the video been manipulated?

To reveal if a video has been edited, the video analysis and modelling tool Tracker – as well as VLC Media Player – split a video into single frames. This lets you detect simple manipulations and enhancements, such as adjusting brightness, contrast, slow motion or negative.

5.How’s the weather over there, and why is that important for detecting the time?

Last but not least, the date and time might play an important role since you don’t want to fall for a false video that has been posted several years before but is now being reused to support whatever it is claiming. Weather reports can help verify dates, but if not combined they are often insufficient. If a video reveals blue sky but the supposed location is heavily clouded or is showered with intense rains, something is wrong. WolframAlpha provides weather information about a place on a particular date and is especially useful for historical weather data. For checking the local time use the self-explanatory Time Zone Converter.

6.Now you can use the same tricks for uncovering the truth about a photo.

“If you spot that a photo is older than its caption, your first instinct should be to verify it.”

Did you know that although photo manipulation has become more popular in the digital and social media era, it dates back almost as far back as the beginning of photography itself? Elaborated in the early 20th century, in this famous case of pre-Photoshop times, a former intimate of Stalin, Nikolai Yezhov, is erased from the picture with Stalin by the censors to remove any evidence of their association.

Nowadays, photo manipulation is also successfully used in political propaganda; therefore any news journalists must know the essentials to debunk manipulation. Let’s look at this photo that was used to show child victims of the war in eastern Ukraine:

A photo search reveals that this has already been published in 2010 – well before the war between Russia and Ukraine broke out. This cute child holding her muddy dog first appeared during a photo competition in Australia. (source Observers.france24.com).

Tools like Google Reverse Image Search or TinEye will reveal if and when and to which previous occasions the photo has been published online.

Also, if you want to find older versions of the same video or image you have dug up, you can search by URL or upload an image. The search will show you everything about when this photo has been used on the web. This is obviously very handy if you want to research any copyright infringements of a photo you have the credits for.

It is really essential to keep in mind that all these brilliant tools can only take you so far in a good story. But they are no replacement for the fundamentals of journalism. “When a fact begins to resemble whatever you feel is true, it becomes very difficult for anyone to tell the difference between facts that are true and “facts” that are not”, concludes Katharine Viner in the Guardian’s recent long read: “How Technology Disrupted the Truth”. Her idea of how social media threatens journalism and leads to an era where everybody has their own facts comes from the observation that “in the newsfeed on your phone, all stories look the same – whether they come from a credible source or not. And increasingly, otherwise credible sources are also publishing false, misleading, or deliberately outrageous stories. Clickbait is king.”

Are you curious to verify for a living? Check out First Drafts News visual verification guide and the First Draft Toolbox for more on verifying and finding eyewitness media.

The aforementioned Verification Handbook is a great resource and provides you with the essentials on verifying user-generated content.

You can find further links to video verification here.

And check out this link for more examples of fake images used for propaganda.