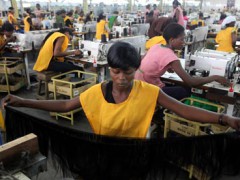 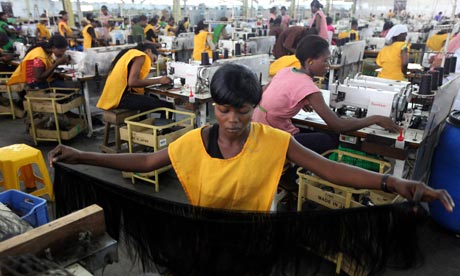 Female employment in Sub-Saharan Africa: what are the challenges?

Female labour force participation rate, or the percentage of women active in the labour market, is often relied on when assessing the access to labour markets for females in comparison to males. Looking at this metric we find, possibly somewhat surprised, that around 57% of women are employed in Sub-Saharan Africa, compared to 48% in developed economies (Figure 1). These percentages, however, do not reflect choices and opportunities of women in the region, nor the precarity and quality of their employment.

If not captured in general statistics, what is then the nature of challenges facing working women in Sub-Saharan Africa?

First of all, women in the region are heavily concentrated in low-productivity low-pay agricultural sector (61%), subsistence agricultural activities, the informal sector and unpaid household work. Apart from low pay, these sectors are also characterized by poor working conditions and high precarity of employment. This highlights the need for assisting women in moving into higher-productivity sectors. One of the ways to achieve this has been the so-called export processing zones (EPZs) that mushroomed across Africa. However, employment in EPZs is also precarious – as seen after the demise of the Multi Fibre Arrangement (MFA) when textile industries collapsed in a number of African countries – and working conditions are often dismal.

Cultural norms, sex-based discrimination or simply undeveloped legal regulation often mean that women suffer from unequal access to productive assets in Sub-Saharan Africa. For instance, undeveloped land ownership rights and land rental markets or unequal access to finance have been found to reduce women bargaining power and negatively impact their employment opportunities. Moreover, once having found gainful employment, women often do not have a de facto control of their earnings, exercised by their husbands instead. For instance, only about half of married women in Uganda solely control how their earnings are used, which has been found to negatively impact their willingness to engage in production in the first place. [1]

Undeveloped infrastructure, still an acute problem in sub-Saharan Africa, may be also disproportionally impacting women employment opportunities through the so-called “time poverty”. Namely, since women are in charge of the household and household tasks take longer due to lacking infrastructure, it leaves less amount of time in the day available for education and work. For instance, if it takes 5 hours to go to and from the nearest source of water, this is an indirect “tax” on time available to women for other activities. By the same token, high child mortality, high fertility rates and lacking childcare support mean that women often have to combine raising children with their employment activities, which further restricts a potential jobs spectrum.

While there are no significant gender gaps in educational attainment or academic performance among OECD countries anymore, gender gaps still persist at the level of education in Sub-Saharan Africa, which in turn impacts women’s ability to find well-paid employment. While cultural norms play a role, it is often lack of security on transport routes to schools and at school that also play a role. Economic growth and rising productivity in economy will mean an increased demand for skilled labour, which will put women lacking education at a further disadvantage, unless significant efforts are placed on facilitating access to post-primary education for women, in particular those coming from poor rural households. From endangered to engendered development path

Female discrimination in the labour market is a complex problem dependent on an interaction of social and cultural norms, country-specific development challenges, quality of labour market policies and other factors. Complex problems admittedly require complex and comprehensive solutions.

There is, moreover, a latent trade-off between short-terms fixes and long-term solutions to the female unemployment problem, which is rarely acknowledged. Increasing female employment in low-skilled low-pay manufacturing sector, for instance through so-called export processing zones (EPZs), does increase female employment in the short run, often with non-negligible income effects. However, it also makes the status quo – in which women are shut off from other higher-productivity higher-wage economic sectors – more acceptable and “workable”.

A long-term solution requires dismantling of legislative, social, cultural and logistical barriers preventing women from taking full advantage of available educational and economic opportunities. In order to have genuine impact on female employment, and thus income, such “dismantling” would have to take place across the whole “employment chain”, starting with better access to education and productive assets (pre-employment) and ending with secured control of one’s own earnings (post-employment). However, considering governance and societal barriers to change, sheer growth and development may perhaps be the most direct route for improving economic and job opportunities for women in Africa.