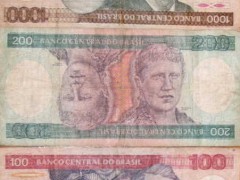 Even after nearly two decades since the inception of Plano Real and the end of the nightmare of hyperinflation combined with successive currency devaluations and redenominations, Brazil is still a country obsessed with price indexes. Rarely a day goes by without the release of a fresh inflation gauge: IPC-FIPE, IPCA, INPC, IGP-M, IGP-DI, IGP-10 . . . . The myriad of acronyms can be mind-boggling to foreign observers, but any good Brazilian economist can accurately explain the differences in terms of weights, levels of income and time frames covered.

Curiously, this obsession does not seem like it will terminate any time soon. The first reason is because it is fed by strong financial incentives. Brazilian government and corporations are large issuers of inflation-linked debt, and there’s a sophisticated (though relatively illiquid) market for interest rate swaps with one of the legs linked to a price index. Thus, several banks’ proprietary trading desks, funds and corporations spend large amounts hiring consultants and specialized teams in an attempt to acquire an edge in inflation forecasting. Not long ago, some of them used to send interns with clipboards on a daily basis to capture the slightest price changes in a basket of household goods in supermarkets.

1984 Cruzeiro notes, one of the several currencies of Brazil between 1986 and 1994. Photo taken by Kafziel on Wikemedia Commons, CC-BY-SA 3.0

Second, there are several legacies from the high inflation times in the form of indexed contracts and tariffs. The only way a country can deal with decades of large nominal price changes is by assuring real prices — of goods, wages, and services — will remain more or less stable and predictable, and Brazil did that by putting explicit or implicit indexation clauses in virtually every price agreement in the country. This prevented a total collapse of the price system during the 1980s and part of the 1990s; nevertheless, ever since the stabilization brought about by the real, it became a major source of inflationary inertia — the transmission of past inflation to future inflation. One can observe this effect in 2009 and today in periods of very weak growth and yearly inflation stubbornly above 4%.

Finally, there is probably some collective trauma or a set of lessons from the past. Today’s German central bankers’ excessive worries about currency debasement and inflation can find a root in the history of Weimar Republic hyperinflation, where nominal prices were multiplied by a factor of one trillion in less than three years, and the social chaos that followed arguably contributed to the ascension of Hitler to power. In the United States the presidency of the central bank is occupied by one of the leading researchers of the Great Depression, whose main conclusion is that the effects of the negative output shock would have been much milder if the monetary authority had been committed to avoiding a deflationary depression. In Brazil, nobody misses the combination of instability and low growth of the 1980s and early 1990s, and much of it is attributed, correctly or not, to a lack of proper attention to inflation. Even today, the Brazilian central bank always repeats in its statements that monetary and financial stability are public goods and necessary conditions for future development.

With that in mind, there’s an interesting ideological battle occurring in Brazil. In August 2011, the central bank decided to take a U-turn in the conduction of monetary policy and started to cut interest rates even with current inflation well above its formal target. This movement was followed by heavy criticism from part of the press and academia, who judged the movement irresponsible and politically driven. A year later, the central bank looks vindicated, as inflation decelerated (not without a rebalancing of the main price index and some tax cuts, critics will say) and rate cuts continued — the benchmark Selic rate moved from 12.5% to the current 8% per year, and more cuts will probably come before the easing cycle finishes.

However, with the recent worldwide surge in grain prices, headline inflation has started again to surprise to the upside, and the new strategy of the Brazilian monetary policy committee (the famous Copom) is again in check. Policymakers do not seem worried and will probably attribute rising prices to exogenous shocks and continue with a relatively loose monetary stance. If inflation remains somewhat contained, new measures to cut indexation are expected, and the country could finally start to forget its past of persistent price increases. If not, it will be tough to resist the pressure for a return to the well-known and predictable orthodoxy. Whether Brazil can avoid inflation and most of the developed world can avoid deflation will be the ultimate tests of the “post-modern” (i.e., after the demise of inflation targeting) approach to central banking.