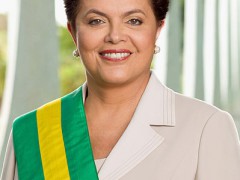 Last time I checked, men and women were equals. Or, they were supposed to be. Different bodies but same rights. Right?

Ah, just so you know, the executive director of UN Women is a woman. Her name is Michelle Bachelet, and she was the first female president of Chile.

193 countries agreed with UN Women — including China, Congo and even Cambodia. And Brazil, of course.

What are the focus areas of UN Women?

Here, you have to be on the same page as I am: if women need a special UN entity, it means women do need help.

I can’t and won’t describe what the other 192 countries are doing with respect to gender equality. However, it would be interesting to see what my country has been doing, right?

Before that, let’s establish some important information about Brazil and women:

Now we have some information to compare: we can see that the 193 countries, including Brazil, not only have to be concerned about women’s issues, but they have laws and rules that have to be followed.

That leads me to the next question: is Dilma Rousseff’s country implementing board diversity?

Now, I will let you decide. If images say more than words, I’ll use a graphic that uses both. (To see the full report in Portuguese, click here.)

You don’t have to speak Portuguese to understand it. Can you see the orange column, showing 2,8? It means that only 2.8% of women are employers. And 66.0% are employees.

My personal opinion: Brazil is known for having one of the best laws about the environment. The problem? We are bad at following it. We are bad in practice. The same goes for women: we have great laws (have you heard of Lei Maria da Penha?), but we are lacking in implementation.