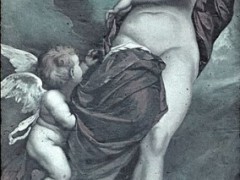 If religions could be defined by a gender, they would definitely be female. You can go to any Catholic, Protestant, or Espírita event in Brazil, and there you have it: many more women attending than men.

What’s ironic about this fact is that religions in general have patriarchal characteristics and treat women as less worthy than men. In an interview for the Brazilian magazine TPM, the sociologist Maria José Rosado, president of the feminist NGO Católicas pelo Direito de Decidir (Catholics for the Right to Decide, abbreviated CDD), said:

There is one thing that I consider important in Catholicism: the daily repetition that we women have polluted the sacred. Because the one who can link the community with God — which occurs in the daily celebration of the Eucharist at Mass — is a man who cannot touch a woman. If he touches a woman, he becomes inappropriate, therefore impure. And he cannot make that connection; he must cease being a priest. So the [Catholic] Church is continuously repeating through its symbolism and its ritual that we women are polluting the sacred.

The subject of the connection between women and religion has numerous subtopics and is vast enough to encompass multiple Ph.D. theses. Therefore, I’ll just summarize some facts I find interesting.

One of the issues that will be discussed at the GES 2013 is how (and if) religion can help solve global problems. Violence against women, gender inequality, and sexism in patriarchal societies are some of the problems we still have to face.

As already mentioned, religions often marginalize women. Nevertheless, women tend to be more religious than men. So, how can we use religion to empower women?

One simple approach is to recall the origins of religious beliefs, when God was . . . a Goddess.

Until the advent of agriculture and the consolidation of livestock, human beings lived in matriarchal societies. With animals living nearby, people started to realize that procreation necessitated both male and female — not just the female, as previously believed. Then, with the accumulation of belongings, certainty about paternity became imperative, so the right person would inherit. And, with that, folks, the patriarchy was born — along with the need to control female sexuality.

However, before those developments, women represented the divine and were often associated with the worship of earth, water, nature, cycles, and fertility. In fact, humanity’s first religious sentiment was the worship of the Mother Goddess, or Mother Earth. In this era, there were a plethora of sculptures honoring the female body, which was represented as having bulky curves. In other words, not only was God a woman, but She was a big woman. (Does it get any more revolutionary?)

From left to right: image of the Seated Mother Goddess flanked by two lionesses, from the Neolithic Age, Turkey, CC-BY 2.5; modern pictographic representation of Pachamama, or “Mother Earth,” of Inca mythology, image in public domain; and the Venus of Willendorf, CC-BY 2.5.

Ana Maria Bahiana, a Brazilian journalist and a Wiccan, once said: “In order to understand the divine, I feel more comfortable using female metaphors.” I share this sentiment: women and men, regardless of religion, should appreciate that God could be a woman. This is a tremendously empowering notion. After all, is there a better role model of power than God?

Besides the idea of God as a woman, numerous organizations around the world propound the belief that the rights and roles of women in religion should be equal, among them, CDD and the Roman Catholic Women Priests (RCWP). In addition to several other human rights-related goals, CDD has been fighting for gender equality within the Catholic Church and society at large since 1993. On the other side of the continent, the RCWP also believes that women should have the same roles as men, an objective it has taken into its own hands: today, the RCWP gathers more than a hundred female Catholic priests from around the world.

Both organizations are Catholic and represent well-educated women who could simply leave the Catholic Church. So, why don’t they? In an interview for PBS, Jane Via, a Catholic priest in San Diego, answered: “This is my community. If everyone who is progressive-minded, progressive thinking, and willing to stand up to the Vatican leaves the church, the church will never change.”

P.S. As I said before, it would take innumerable blog posts to fully explore the connection between women and religion. To learn more about this topic, however, I suggest reading about Wicca, Greek mythology, and the book When God Was a Woman by Merlin Stone.