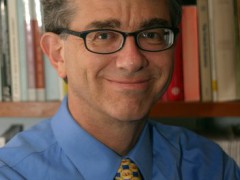 Inflation targeting is dead. Harvard Kennedy School professor Jeffrey Frankel, a former economic advisor to Bill Clinton and leading macroeconomist, is now trying to write its obituary in an article for Project Syndicate from May 16th, later expanded for Vox. According to Professor Frankel, the system that was born in New Zealand in 1990 and exported successfully to several other countries passed away in September 2008 when most of the world’s central banks cut interest rates to record lows in an attempt to curb the effects of a major liquidity squeeze and avoid the prospects of long term deflation. Since then, the central banks that had adopted the system have not formally abandoned it, and the Federal Reserve has even released, for the first time in its history, an explicit inflation target. Yet it is clear that price stability is either taken for granted or has become less important than other economic policy goals. Inflation targeting may not make much sense in a world where inflation, to paraphrase the FOMC statements, is to remain subdued for a long period of time. On top of that, as Mr. Frankel put it, inflation targeting did not provide any response to asset market bubbles, thus failing to meet the recent commitment of central banks to financial stability.

Since inflation is no longer a problem, central banks have been using their increased discretionary power to pursue new and more ambitious goals. In a world of difficult political coordination and little consensus about what must be done to put the economy back on the growth and development track, central banks are now the ultimate instruments of economic policy implementation. Over the past few years, they have become responsible not only for price and financial stability but also for a substantial part of government funding in the developed world and much of the stimulus to avoid a depression. The consequences of this huge experiment still remain to be totally understood and felt (the latest BIS annual report appropriately alerted: “prolonged unusually accommodative monetary conditions mask underlying balance sheet problems and reduce incentives to address them head-on”); meanwhile, a group of countries keep relying heavily on central banks to keep their debt cost at sustainable levels and stimulate growth.

One of the many challenges of this new economic order will be dealing with collateral effects of ultra-loose monetary policy. Using a single instrument to pursue several and sometimes conflicting goals cannot be seen as a definitive solution. In the near future, governments will be pushed to come up with an answer to the structural problems hidden by unprecedented amounts of central bank intervention. The trigger may be a negative response from voting ballots or, on a global scale, a return of rising prices. History shows (and it’s self-evident) that periods of inflation and deflation always come to an end. Then either the responsibility of economic policy will be transferred back to democratically elected leaders, or central banks will have to reevaluate their priorities and occasionally rediscover inflation targeting as an effective and useful nominal anchor. Reports of the demise of inflation targeting may prove, eventually, to have been greatly exaggerated.

However, Professor Frankel and several other scholars think it’s time to recognize inflation targeting as no longer useful or efficient and to throw it in the dustbin of history, together with other failed nominal anchors such as the gold standard, fixed exchange rates and money supply targeting. To replace it, central banks, according to them, should target nominal GDP. This will be the theme of my next post — stay tuned!