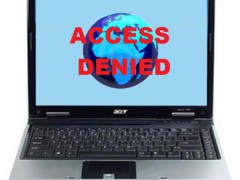 The fact that the internet has increasingly becoming a human right is not a reason to think that once we have good infrastructure and internet connections, every problem will just go away. Even now we face a series of problems that we must face and fight against, ranging from the internet divide to censorship and vigilantism.

For companies, vigilantism over citizens may seem like a good idea. It’s easier to advertise and push products over someone’s head by just verifying — without warning — what that person is doing every minute they are connected. Whether you are shopping for a book or for food, or talking to a friend through an online social media website, your online activities may be of interest to companies that are willing to buy all your data and information (logs, etc.) from those platforms. Everything is there for a company to buy and then sell to you.

It might seem harmless, but as they have full access to ALL your info and to what you like and don’t like, they might also have access to your private messages, to stuff you think you have kept private. But, in the end, they can see everything; they can measure and create ways to sell something that might be related.

Are you ready to give up your privacy in order to “shop better”?

Does the idea of companies selling your information to anyone seem like a good deal for allegedly free services, such as social media tools? By the way, there’s no such thing as “free.” You are always paying something, whether it is just from page views, clicks on page ads or with your information.

Aside from this “simple” and quite common mode of vigilantism, there’s also heavy censorship of content — and I’m not only talking about dictatorships but also in so-called democracies. Censorship may come from companies, governments (local, regional or national) or, many times, from “legal” sources, such as courts and judges’ decisions that, in some cases, might just be a way to assure someone’s right to privacy but, in another, is a way to hide situations that are shameful and embarrassing to government, companies, etc.

There’s a recent case in Brazil, something that might seem small and irrelevant, but it shows that if companies are willing to risk their reputations and be deemed antidemocratic just to avoid five minutes of bad publicity, imagine what they will do against those who criticize their products, to those who step up against abuses by companies and governments!

About the case: it is just a simple YouTube channel of a guy, actually a character, calling himself otário (“loser”), complaining about the dubious quality of the Brazilian telecommunication services. One of Brazil’s major companies censored one of the videos in which the character criticizes the quality (or lack thereof) of its 3G connection.

If a private company can’t accept such criticism, imagine if it started something bigger?

Internet as a Human Right? Part One: Population