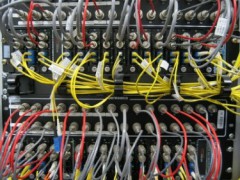 Internet as a Human Right? Part One: Population

After all, the lack of good internet connections won’t affect “just” the population but can actually be the difference-maker in the development capability of a country, of a region.

Countries with almost no internet connections cannot be part of the global economy, and as much as the population may suffer as a whole, most economic sectors also suffer from the inability to get in touch with consumers inside and outside the country.

The internet is a way of gaining revenue — not only for companies but also for states, as taxes and from the overall balance of trade.

Also, the internet, through mail, VoIP, live chats, and the like, has become the main mode of communication not only for the population but also among companies. Bit by bit, teleconferences made possible by the internet are substituting for many hours of flights for entrepreneurs and saving a lot of money and time for many companies. On the other hand, as we see an increase in internet traffic, some companies — such as transportation and telecommunication ones –may see a decrease in income.

So it’s no surprise to anyone that, for instance, Ethiopia just declared Skype and other VoIP tools illegal in order to guarantee the profits of its telecommunication companies — as well as advocate for more internet censorship. As reported by Rebecca MacKinnon of Global Voices Online:

“This latest move to deepen censorship and surveillance comes on the heels of last month’s ratification of the Ethiopian Telecom Service Infringement Law, which is meant to impede Internet telephony such as Voice over Internet Protocol (VoIP) calls and faxes. As the use of computer-to-telephone call services is expanding in Addis Ababa, legislators have argued that the trend not only threatens the profits of Ethio Telecom, but also poses a threat to national security. The law also  includes anti-terrorism and anti-defamation provisions, which bloggers fear will dampen free expression in Ethiopia’s thriving blogging culture.“

But at the same time, the investment in optical fiber, submarine cables, and on the whole internet infrastructure in many countries — especially the developing ones — does not follow as one would assume. In fact, we see that many times — at least in Brazil — the investment in such infrastructure is years behind the current demand, and it lacks the capability to handle the future demand anticipated based on the government’s projections for GDP growth and development.

The situation nowadays in Brazil is a mixture of poor infrastructure, lack of real investment in the most needed areas, a huge internet divide, some real attempts at censorship, and increasing vigilantism against the population — a matter I’ll talk more about in the next post.

Anyway, the Brazilian government had recently tried to make some investments — or at least talked about it — in our infrastructure, but in the end, and to the despair of many people involved in the discussion, they simply decided to let the private sector take care of everything by giving huge amounts of state-led investment for the exclusive profit of the private sector, with hardly any obligations or rules.

I don’t need to add that “quality” is not among the rules and obligations, as the internet in Brazil is known for its constant traffic problems, unexplained variations in the “quality” of the connection and, of course, the extremely absurd prices charged by companies that pretend to compete with each other.

In a context where there is no competition and the state passes its responsibility to invest — still ensuring the money and profits for others — to the private sector, we cannot expect any real quality.

The Brazilian economy therefore suffers, as one can’t have a decent connection to do anything but navigate. Streaming and VoIP are extremely compromised, and the population and companies are as well.

It’s interesting to imagine that the private sector is responsible for the losses of the sector itself. But that’s how it is.