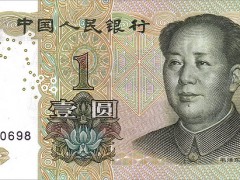 There is an astonishing fact about some of the emerging middle-income countries: they actually give foreign aid. Despite having the bulk of the “new bottom billion,” countries like China, India, and South Africa are emerging as major development donors in the global South. It is important to examine whether these new sources of development aid can be an efficient tool to lift people out of poverty. China’s development assistance in Africa offers one such example of South-South development cooperation.

Chinese Yuan — the currency of a country that brings with it both prosperity and anxiety. Picture by Jason Wesley Upton, Flickr, CC BY 2.0.

“No more aid” is the message coming from Sub-Saharan Africa, where about twenty-seven percent of the world’s poor live on less than US$1.25 per day. Rather than continuing to be dependent on Western foreign aid, African countries increasingly want to be equal partners in trade, infrastructure, and investment projects to advance their development. Such development is seen as a more effective tool for lifting their citizens out of poverty — and that is exactly what is happening. Rather than negotiating with the donors from the Development Assistance Committee, the middle- and low-income countries in Sub-Saharan Africa are taking development into their own hands.

Today, China is Sub-Saharan Africa’s second-largest partner in investment and trade. The year 2006 marked the first Forum on China-Africa Cooperation in Beijing, which brought together leaders from around Africa. Since then, China’s trade with Africa has risen from US$60 billion to over $166 billion four years later. With this number continuing to rise, China’s trade will likely one day outpace American aid.

From the Chinese point of view, trade and infrastructure projects in Africa are a logical step for its economy. In order to lift more of its 207,559 million poor people out of poverty, China needs to create more jobs and keep its economy growing. The new African markets will translate into trade for Chinese commodities and services. And by investing in Africa’s natural resources — coal in Mozambique, oil in Nigeria, copper in Zambia, and timber in Gabon, to name a few — China is serving its national interest. China won’t be able to continue its dynamic economic development without Africa’s resources.

China’s quest for resources has not been without controversy, however, in terms of neocolonial agenda, environmental damage, and the use of Chinese rather than African workers. In Ghana, for instance, at the same time Beijing was providing a US$100 million soft loan to build new stadiums for Ghana to host the 2008 Africa Cup of Nations, China’s gold mining operations brought in illegal Chinese miners, resulting in community tensions. So, China’s presence can be both a miracle and a curse.

Controversy aside, Beijing does contribute to a lot of infrastructure and development work. In 2006, for example, China pledged to train 15,000 African professionals, build 30 hospitals and 100 rural schools, and increase the number of Chinese government scholarships to African students from the then 2,000 per year to 4,000 per year by 2009. Even 4,000 scholarships is not a huge number for the whole African continent, but the commitment is there. Chinese entrepreneurs have built roads, railways, hospitals, and buildings from Lesotho to Egypt. The development in many African countries is actually happening with Chinese, not Western, money. If the African workforce was employed in building some of this new infrastructure, then China’s development cooperation would truly benefit both parties.

In the end, Africans should be able to decide for themselves what is best for them. Many Western countries have realized that Africa is no longer dependent on the trade proposals made by the United States and Europe. President Obama’s Trade Africa initiative is one of a few options Africans have to choose from. Aside from China, there are many other countries they can partner with, including India, Russia, Japan, Turkey, and the Middle East. Each year, new summits emerge — the India-Africa Forum, Turkey-Africa Cooperation Summit, Russia-Africa Business Forum — which reflects the choices Africans have with respect to their own development and poverty elimination.

Why not give both the middle- and low-income countries the chance to develop their countries in the way they want. In the end, it is all about lifting people out of poverty, right?