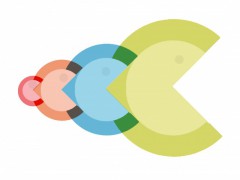 This post is the second in a series produced for the Global Economic Symposium 2013 to accompany a session on “Towards Sustainable Consumption.” Read more at http://blog.global-economic-symposium.org/.

Aristotle, Marx, and even H.G. Wells couldn’t have foreseen the world of today. I am not talking about things like the internet and the obesity epidemic, although those aspects of modern life no doubt would have surprised them. Rather, I want to talk about a fundamental shift in the nature of the power structure that not many could have anticipated. States, classes, and races have fought for power for ages. But who would have ever thought that privately owned corporations would so quickly become more powerful than entire nations?

Individual consumption is a major source of business for corporations. As such, it is in their interest to shape our consumption behaviors. The globalized world of brands is not just selling us branded goods and services but shaping our consumptive behaviors, our livelihoods, our identities (are you an iPhone guy? are you a Coca-Cola person or Pepsi person?) and consequently our ecology too.

Hence, it is important to understand what drives these powerful entities.

Companies primarily grow through either (1) getting new consumers or (2) getting existing consumers to consume more.

a. Selling toothbrushes and soap to more consumers?

b. Supplying more and more cars within an already crowded city?

It gets a little complicated here. Urban planners and environmental activists want fewer cars on road. However, most individuals want to own and drive their own car. So, there is no easy answer to this question. Some governments, such as Singapore’s, make car purchases very difficult through licenses and taxes. London has a “congestion fee” for private cars that drive in the central area of the city. We need more innovative policy nudges to have a sustainable mobility solution. Check out examples such as Tesla motors and China’s futuristic buses.

Unhealthy and unethical. Coca-Cola ran an advertisement campaign targeted at mothers of young children in Australia, which sought to “bust the myth” that cola consumption is unhealthy. Not surprisingly, the move backfired, and the Australian Competition and Consumer Commission enjoined the campaign. Coca-Cola was forced to run ads setting the record straight. Such corrective enforcement is rare and needs to be commended.

d. The fight against shared consumption

In India, Bisleri came up with advertisements that depict people slapping anyone who tried to drink water from “their” bottle. With this ad campaign promoting individualistic consumption, Bisleri subverted the century-old Indian attempt to remove the stigma of pollution of food and water from the touch of others. Instead, the company is reinforcing a behavior that has been corrosive to Indian culture. Read the critique of the campaign in detail here.

2. Getting Consumers to Consume More

Typically, when a corporation has reached all its potential customers, the next step is to get those customers to consume more. Here are some examples of how that effort affects (often adversely) our consumptive behaviors.

a. Coca-Cola’s strategy to replace tap water consumption with Coca-Cola

In 2001, Coca-Cola launched a campaign called H2NO, which eventually came to light on the internet. The program sought to use waiters to reduce the “tap water incidence” in restaurants. The use of such doublespeak by marketers is also very revealing. Cola companies see water as their “competitor” in the “share of throat.” They have been successful to a degree in many quick-service restaurants. The rising consumption of cola drinks is a major contributor to the obesity epidemic. What would you call a company that sees the ill effects of its products and yet keeps pushing for more consumption? Is growth the only “reason for its happiness“?

b. Electronic gadgets become obsolete more and more quickly; who pays for the tremendous ecological cost?

Apple launches a new version of its products almost every year. The many Apple fans do not hesitate to replace their older devices with the new ones. But imagine all the rare metals, specialized materials, and plastic entailed in such frequent replacement. What happens to the older devices?

Apple devices cannot be easily repaired or manually upgraded. In effect, they are being built with the objective of rapid obsolescence. This practice means more revenues for Apple, but who pays for the grave ecological cost of electronic waste? The rate of growth of a hardware company is proportional to the rate of depletion of our natural resources. Where is the balance between $400 billion in market cap and the natural resources being robbed from our future generations? It amounts to private interest versus global public interest.

c. Junk food companies are constantly devising new strategies to get you addicted

The objective to grow drives food and beverage companies to get people addicted to unhealthy foods and drinks. How sustainable can our ecology be without healthy bodies and minds?

And there’s a third, even more worrisome issue:

In search of growth, marketers harness our deepest insecurities and desires to make us consume things we do not necessarily need. I will illustrate this with a few examples.

a. The war against the female body

The marketing category devoted to female grooming is awash with products that rely on the creation of newer and newer anxieties to sell their products. The most evident example being the fairness creams for the face, vagina, and god knows what else.

b. The war against water

There was much furor recently (and rightly so) over a video featuring Nestlé Chairman Peter Brabeck, in which he suggested that water is not a right and should be given a market value and privatized. The very thought that water should become a restricted source of profit rather than the common source of life is against humanity, and the idea itself needs to be eradicated. Water is far more than a resource!

Who Pays for the Growth?

We do. Not just with our wallets but with our soil, our seeds, our air, our water, and our future.

1. Ecological cost: Who is going to take care of the plastic waste left by the water bottle industry? Shouldn’t the price of the bottle include the ecological cost of plastic too?

3. Cost to mental and physical health: If cola and fries constitute meals, how long before the obesity dystopia becomes a global reality?

4. The issue of trust: In a 2008 court case against Apple involving a misleading advertisement, the company responded by effectively arguing that no reasonable person should trust what Apple says. And then Coca-Cola reaffirmed that people should not trust brand marketing by repeating the same argument in a court case concerning its Vitaminwater.

1. Tax companies in a way that takes into account the various commons costs (ecological, social, and to well-being) associated with consumption of the product.

3. Adopt a policy view that incorporates as an objective not just economic growth but the natural economy of life sustenance, the well-being of individuals and communities; Bhutan’s Gross National Happiness serves as a benchmark for new ideas along these lines.