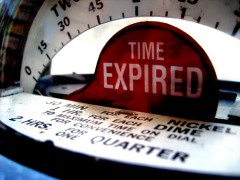 This post was produced for the Global Economic Symposium 2013 to accompany a session on “Towards Sustainable Consumption.” Read more at http://blog.global-economic-symposium.org/.

Chandran Nair, the last speaker at the Sustainable Consumption session at GES 2013, electrified the hall with his contrarian ideas about sustainable consumption. From his perspective, the idea that the world’s consumption could be made more sustainable by the choices made by consumers or the profit motives of private companies alone seems absurd.

His stance was all the more compelling since Luis Cantarell from Nestle and Michael Heinz from BASF had spoken before him, showcasing what their companies are doing to make consumption sustainable. Michael Heinz made a pertinent and passionate argument for the need for hydrocarbons (the key source of anxiety in the sustainable energy debate) in the chemical industry. And indeed it certainly makes sense to use the technology we now have to channel hydrocarbons into solutions for sustainable consumption — he cited pipe insulation as an example and how the use of hydrocarbons in insulation production helps increase efficiency. Luis Cantarell talked about some very interesting initiatives and tools that help assess the environmental and nutritional impact of Nestle’s new products.

But the real question here is whether the major portion of BASF’s or Nestle’s revenue growth comes from such sustainability solutions or from the old unsustainable way of growth — selling more and more. While sustainability is about consuming less, the profit motive wants you to consume more. (How can privatization of water or the high salt content of Maggi lead to the balance that is so essential for sustainability goals?)

I feel that we can’t expect any true seriousness about sustainability unless adverse forms of behavior (towards ecology, culture or long-term well-being) are penalized. It all boils down to incentives — which behaviors are you promoting and which ones are you penalizing?

Chandran Nair has strong opinions on this. He feels that governments have a bigger role to play and advocates the use of legislatures and laws to “control” and incentivize consumption. He took the example of the automotive industry. Simply put, it is not feasible for all Indians and Chinese to have cars. So even if there are aspirations modeled on the western lifestyle, realization of these aspirations is nearly impossible. What is required here is a major reexamination of how we define success in every aspect of life. How can aspirations and long-term well-being be made compatible? The “system” of capitalism thrives on growth through the need for more and more and ever-higher aspirations. So does this mean that India and China need to reexamine their economic models of growth as a matter of urgency?

Perhaps at the root of it all there lies a philosophical question rather than an economic one. The Western model of extractive development assumes a linear growth trajectory. Success is linear. Success is having more. Success is planned achievements. Eastern mysticism, however, has a very different view of success. Success lies not in the mantra of more but rather in balance: balance between needs and desires, balance between duty and rights, balance between trust and freedom. Perhaps it would do us good to refer to the old texts once in a while.