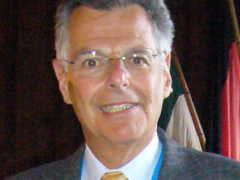 In September 1998, following the financial collapse of Russia, a hedge fund went belly up. It wasn’t an ordinary hedge fund: among its board members were two economics Nobel laureates, and its failure triggered a coordinated bailout orchestrated by the Federal Reserve Bank of New York. Almost all of the major investment banks operating in the United States at that time were involved, with contributions totaling $3.6 billion.

1997 economics Nobel laureate Myron Scholes, of Black-Scholes model fame, and one of the partners of LTCM | Photo by Magnus Manske on Wikimedia Commons, CC BY 2.0

The story of Long Term Capital Management (LTCM) became, at the hands of journalist Roger Lowenstein, a best-selling book ingeniously titled When Genius Failed. Some of the several possible lessons implied from the book are: no single player is bigger than the market, extreme outcomes are incredibly hard to predict, and hubris can take a financial system down. In sum, even geniuses sometimes fail spectacularly; it’s part of the game we used to call capitalism. Capital unwisely invested is punished and changes hands to more efficient players, who are only as good as their last investment decision. Harsh as it may sound, this grand scheme of organizing society helped take mankind to levels of prosperity that were unimaginable before it emerged.

Ten years after the failure of LTCM, Lehman Brothers filed for bankruptcy, and global markets entered a destructive spiral, only interrupted after the largest injection of public money in financial institutions ever seen. In the minds of many economists and policymakers, one fact was directly linked to the other: Lehman’s failure triggered chaos in financial markets, so we should avoid large bank failures at any cost. This is one of the main pillars of what is now being called “financial stability.”

Since Lehman Brothers, no major bank has been allowed to fail, and this is both a fact and an understatement. Even banks in Greece, with relatively weak links to the global financial system, when they were unable to access voluntary funding and had to fight a bank run, were kept afloat by the European Central Bank credit lines. Investment losses were limited to equity holders; other poor investment decisions (such as bonds and certificates of deposit) were fully paid. The cost, in the case of Greece and other problematic euro countries, is now hidden in claims among the continent central banks, with Germany’s Bundesbank as the main creditor.

This was both a subtle socialization of losses and a tentative suppression of volatility by the financial system, accumulating imbalances far from direct public scrutiny. In the context of the rising of the Arab Spring, Nassim Taleb, the famous author of Fooled by Randomness and The Black Swan, and Mark Blyth of Brown University showed in an article for Foreign Affairs magazine how this “makes the world less predictable and more dangerous”:

Complex systems that have artificially suppressed volatility tend to become extremely fragile, while at the same time exhibiting no visible risks. In fact, they tend to be too calm and exhibit minimal variability. . . . Such environments eventually experience massive blowups, catching everyone off-guard and undoing years of stability or, in some cases, ending up far worse than they were in their initial volatile state. . . . Making an economy robust in the face of business swings requires allowing risk to be visible; the same is true in politics.

Frédéric Bastiat, a 19th-century pioneer of economic liberalism, once wrote that “an economist must take into account both what is seen and what is not seen.” Of course it’s easy to see how financial markets apparently have become more stable since 2008. However, central bankers really concerned with financial stability must be able to see the risk hidden in “what is not seen,” the imbalances created to maintain an environment where even stupidity is not allowed to fail.