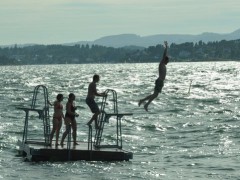 This article is written by Dragos C. Costache and Maria Zirra

When Romania acceded to the EU in 2007, there was a wave of public euphoria. The country was already riding a major economic boom and there was an overwhelming sense of national pride that united the fragmented Romanian public sphere. The West had opened up, and nowhere was this more evident than in the world of higher education.

Education standards have always been unreliable in Romania. On the one hand, the country has consistently achieved stellar results at international academic competitions and provides steady numbers of gifted émigrés accepted on scholarship at large research universities abroad. Yet on the other, the level of instruction in the general population has been steadily declining while the number of university graduates has risen dramatically under the Bologna System. Scrambling for more funding, Romanian universities admit too many students and lower the bar for quality education with laxer selection criteria. This has also led to steep differences in the level of training amongst Romanian university graduates, and the gap is particularly noticeable between those who have attended university in Romania and those educated abroad. Meanwhile, the level of expectations for further career advancement stays roughly the same: they all expect to find a job consistent with their set of skills.

Like many of its Southern or Eastern European counterparts, Romania does not offer a dual system of higher education with a vocational training track and university classes for higher education as Germany does, nor does it have two or more higher education tracks like the Netherlands, which distinguishes between theory-heavy universities and practice-oriented “hoogeschools”. This lack of alternatives has been diagnosed as pernicious to employment in a country like Spain, for instance. Additionally, problems where education is connected to unemployment have been combatted effectively through ALMPs (active labour market policies) specifically targeted at young adults in Sweden and Norway, which invest in retraining programs for the 25-30 demographic.

The Mirage of Mobility

The Erasmus exchange program has played a major part in the mirage of EU mobility. European level ‘goodwill’ programmes like Erasmus have created a sense of European openness, especially in the academic community, an openness that in many cases simply isn’t there. ECTS credits, Erasmus grants and preferential program pricing have made EU mobility, especially at the academic level, seem something like a given. This is reinforced by the perceived ease with which lower-skilled migrants have found work and made a home for themselves abroad, often earning enough to send remittances to their families back home. Even with the Eurozone crisis in full swing, Romanian students applying for bachelor’s or master’s programs abroad are often optimistic about their chances of finding a job there once they finish their studies.

One good example of this trend is given by a good friend of mine who, having graduated top of his class from an Economics Bachelor program and with a Master’s degree in Romania, decided to quit his secure job in a multinational company, sell his car and rent out his apartment for a modest monthly sum in order to move to the Netherlands with his girlfriend for a second Master’s. Like many others, he expected to find a job and work, at least part-time, in his own area of expertise until he graduated.

The truth is, of course, that the chances of such people are quite slim especially with the EU labour restrictions on Romanian and Bulgarians in some countries. Exceptional candidates in high demand fields like medicine will stand a decent chance, but the job prospects for many enrolling at a university abroad are quite grim. The workforce crisis in Europe, especially for the under 25 and 25-35 segments of the adult population, is nothing new. Youth unemployment, and unemployment in general, have been skyrocketing in the past years to the point that the EU has recently promised to curb this trend through a transnational internship system or  union-wide “youth guarantees”. While the academic establishment is more than happy to facilitate studies for other EU nationals, member states themselves are less accommodating when it comes to labour migration.

In my friend’s case this soon became apparent. Dutch restrictions on Romanian and Bulgarian labor – especially student labour which is limited to a maximum of 10 hours per week – meant that any potential employer has to prove that no other candidate from the Netherlands or ‘the old EU’ is willing to take the job my friend applied for. This is quite difficult to do and involves a lot of paperwork for Dutch employers. So they just prefer not to get involved with Romanians, and the only job that my friend – with 5 years experience working full-time in a multinational corporation – could find during his studies was as a part-time (32 hours/ month) night-shift shelf-stocker in a supermarket, earning around 400 euros.

Of course, the Netherlands has one of the strictest and most restrictive employment policies, but even if these provisions will soon be expiring, young Romanian graduates still face an uphill battle for employment. First of all, the aforementioned problems with the Romanian university system might mean that a graduate fresh from a Master’s program abroad might still not be on an equal footing with his or her native-educated peer, who will also be better acquainted with the local system. Language barriers and the reluctance to hire foreigners might also be a significant impediment for many Eastern Europeans, particularly in countries like the Netherlands or the UK. Hyperinflation in the European education system will have them competing against a larger number of peers for a position in their chosen profession. Finally, there is a fair bit of economic gloom ahead affecting their job chances, especially in academia where programs are being slashed as universities have to cut expenses.

The result is as predictable as it is grim: larger and larger numbers of Romanian graduates are returning from other member states with nothing more to show than a diploma and a euro-sceptic attitude. Back home they generally have three options open to them: either they can take a grossly underpaid job for which they are overqualified, or they can apply for a PhD or some similar educational program and contribute to the educational hyper-inflation or they can swell the ranks of the Boomerang generation.

For many Romanians pursuing a degree abroad, the Mirage of the West stops at the gates of the university. Programs like Erasmus might bolster intercultural friendships and stifle stereotypes, but without a liberalised labor market open to all member states, there will always be ‘a second-class’ citizenry in the EU – and it will most likely have a Master’s degree and PhD to boot!