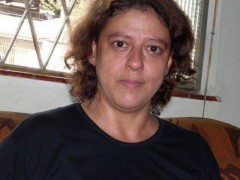 “The state intends to sue me because of my activism as a lawyer in popular protests. Most likely the prosecution will be to integrate a criminal organization” Eloisa Samy in 21 april, 214

On June 21, lawyer Eloisa Samy sought the Consulate of Uruguay in Rio de Janeiro seeking asylum. She is one of the 23 Human Rights activists that were arrested in a preventive action of the brazilian authorities a day before the final match of the World Cup:

“A day before the final World Cup match, 28 people opposed to hosting the tournament in Brazil were arrested “preemptively” at their homes in the city of Rio de Janeiro on the early morning of July 12. A total of 37 people were arrested as part of Operation Firewall; some were detained simply for having a connection to the activists. Most were released, but five are still in jail waiting to be brought before the court or indicted.

The arrests appeared to be an effort to prevent protests during the final day of the World Cup at Maracanã stadium. Targets were usually leaders or prominent figures of previous demonstrations who participated in last year’s mass protests.” –

Formal charges weren’t filed, and on July 15, most of the group, including Samy, were released after filing a habeas corpus petition. Three days later, police, who said they had been investigating the activists since September 2013, turned over their  investigation to the public prosecutor’s office that, then, filed charges and initiated the indictment.
This activists (23 have been indicted and can now face several years of jail after a trial) are being accused of being part of a nonexistent criminal (terrorist) organization despite the fact that many of them don’t even know each other and that the whole accusation is simply ridiculous. To complete the oddness of that case, a 2000 pages inquest turned to a process in less than 2 hours, which normally would take a longer time to be realized.

The activists are being accused of attempting to set the City Chambers on fire! Any resemblance with the Reichstag is NOT a coincidence.

Eloisa recorded a video at the consulate (with english subtitles) and I ask you all to share this information and to pay close attention to what Brazil is becoming. Together with Eloisa, David Paixão and Camila Nascimento, two activists that are also facing the same charges as Eloisa, were also seeking asylum at the consulate despite the fact that they haven’t being arrested, as was Eloisa and others.

The person behind it all, according to many activists, is Dilma Rousseff, president of Brazil. Also Eduardo Cardozo, Minister of justice, as well as the current governor of Rio de Janeiro and ally of Dilma, Luiz Fernando Pezão, are involved in this shameful action. The political parties PT and PMDB together with the Military Police and the department of justice of the state of Rio de Janeiro, are the ones behind this political arrests and persecution of Human Rights activists. The situation in Brazil is serious and concerning. Eloísa Samy is awaiting for the Ambassador of Uruguay, in Brasilia, to speak about her situation and to discuss about her asylum request. Media outlets in Uruguay also followed carefuly the story. Professor Pablo Ortellado, on Facebook, tryied to describe the situation:

For those who still do not realize what is happening. The major political case against activists since the end of military rule is a process of two thousand pages that gave rise to more than 20 requests for arrest with allegations beyond dubious. So far the defense of the accused has not had access to the litigation (!). Nevertheless, the court gave a full copy for Globo TV network (!!) who began a shameful smear campaign. Among the accused, the lawyer Eloisa Samy took refuge in the embassy of Uruguay – which the Rio military police tried to break in (!!!). And it seems that, once again, Brazil will have political exiles – yes, exactly this way you read, more than one.

On the evening of the same day, July 21, the Consul of Uruguay Myriam Fraschini Chalar denied the asylum to the refugees at the consulate. Find more information on the story at Global Voices Online.