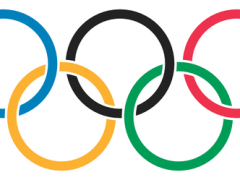 For those of us who can only imagine a time other than the current era, the present may seem like a terrible time, but in fact it isn’t so. “The history of humanity is a horror story,” says Rémy, the typical disillusioned communist professor in love with degenerate life, from the movie Les Invasions Barbares:

No, no way. Contrary to what they say. The 20th century was not so bloody. It is assumed that wars left a hundred million dead. Adding 10 million Russians in the gulags. Chinese fields, say, 20 million. A total of 130, 135 million dead. Not so impressive.

In the 16th century, Spanish and Portuguese managed, without gas chambers or bombs, to wipe out 150 million Indians in Latin America. It took work, sister! 150 million people, by the ax! Even with the support of your church, it was a great achievement.

Even the Dutch, German, English and Americans . . . felt inspired and massacred over 50 million more. A total of 200 million dead! The largest massacre of mankind was here, around us. And not a goddamn holocaust museum was built.

What this character is talking about is human nature. We are full of conflict, and we certainly need to find ways — and we do — to vent this powerful energy.

Until now, our youngsters were encouraged, through our stories, fairytales, morals, and careers to go to war. By that I mean a simple look at children’s songs will do: they motivate aggressive behavior, not just competitiveness.

By such mechanisms, we have been encouraging young people to use and canalize the natural energy of their young bodies in a way that couldn’t be more destructive. On the other hand, they have several reasons to buy this “good idea.” As young adults they need to:

As we enter the 21st century, I would like to believe that Eros will prevail and that creativeness will gain space. As it does, there will be no need for our silly youngsters to fight over small things or die in the name of the interests of old, cowardly, rich, and powerful men. We can certainly think of better and more useful ways to canalize their powers, not only those of the youngsters but, more importantly, those of the monetary lords.

One World, One Solution | Image on texample.net, CC BY 2.5

For example, as is well known, wars were totally interrupted in ancient Greece during their Olympic Games. So we can learn from this major lesson and teach our children to assert themselves by winning and losing in their games, to accept those outcomes, and to compete according to the established rules. This would transform the bloody negative mechanism of human wars into positive and constructive humane actions.

If conflict is a part of human nature, of course it will be reflected in international relations. So we must correct the problems at their roots. It is useless to keep debating the symptoms. Culture, religion, and nationalism don’t matter, except to the extent they stimulate conflict in individuals. Conflict is a human problem, and it must be dealt with at the individual level.

So . . . the main issue is: peace between individuals is not only impossible but unwanted and boring. We have no desire to be exactly the same. We just want to live in a balanced and safe world where we have the certainty of equal opportunity and treatment to enable us to fight for our rights and develop out abilities.

If it is a fact that conflict is a part of human nature, then so is learning. We learn not only as individuals but as a society and as humanity. And that is the other point of Rémy’s example and why a peaceful time is so achievable.