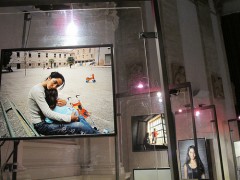 Inclusive growth is a concept created to counterbalance the shortcomings of the pure market economy. As much as any other concept that pursues the same aim, its foundations rest on principles that are not always clearly expressed, sometimes for electoral reasons, sometimes out of ignorance. In the case of inclusive growth, the underpinning principle is the right of everyone to access the wealth created by the State. Policies that try to achieve inclusive growth without respecting this basic principle are bound to fail.

In Italy, if truth be told, attempts to create policies of inclusive growth are rare indeed – so rare that it is impossible to give a proper estimate of how effective they are.

It’s not just that the country figures only in 23rd position for inclusiveness in the World Economic Forum’s Europe 2020 Competitiveness Report: even though the present political class lacks the willingness to tackle the issue in a systemic way, failure to achieve inclusive growth, has been Italy’s prerogative since 1861. There are two main reasons for this: firstly, social categories or classes that would benefit more from inclusive growth are the ones typically marked with a moral stigma; and secondly, care of the needs of these categories is left to charities and organisations whose work does not receive general recognition.

If the presence of moral stigma constitutes a hurdle for the creation of inclusive growth policies – since most of the categories that need to be included in redistribution of wealth are not deemed worthy of the State’s assistance – so does the existence of charitable organisations. These have the social duty to remove and hide the unpleasant sight of people in need; without them, the State itself would have to take on the task of preserving social decorum: it would be forced to intervene.

Prostitutes, prison inmates, women who’ve had an abortion, the homeless, immigrants: when the public eye shifts its attention to such categories, the debate is always waged on the lines of good versus evil. So when the issue of prostitutes comes up, it is felt necessary to specify that some are “sex slaves” while others “freely choose” the job. The same innuendo applies to immigrants – the ones that pay taxes, the ones that steal – and to prison inmates – the good father who cannot afford food for his children and the paedophile – and so on.

While it is inevitable in opinionated Italy that individual Italians will pass judgement, the good/evil dichotomy penetrates and colors the very policy-making process of the State, rendering it incapable of granting the same rights and opportunities to everyone. Indeed, one of the functions of the State is to preserve society by punishing felonies in courts, but this is the limit of the State’s jurisdiction. It is the private citizen’s concern to judge if the person found guilty is good or evil,  what the State should do is attend to their needs.

Here lies the most problematic aspect for Italy: the State does not serve society as a whole, but only the winning part. A serious analysis of how the system we live in creates winners and losers, and of how the two cannot exist without each other has never been made in Italy. As winners can only be winners if there are also losers, it is the State’s duty to look after both. The ease with which the ‘losers’ are labelled as “evil” rather indicates a willingness to attribute their situation to free choice or a state of nature, thus clearing our societal conscience of any responsibility.

The debate on whether brothels should be reopened or not (they were closed in 1958) offers a prime example of this. Concerns about the age of the women and girls, their security in terms of sexual health and protection from rapists are seldom at stake here; what figures most in the debate is the disgust of people who see them on the streets.

How can inclusive growth be pursued in a country where some people are considered more worthy of help than others? There should be no difference in the eyes of the State between a prostitute and an orphan. Inclusive growth fails in Italy because it is not sought for all those that need it.