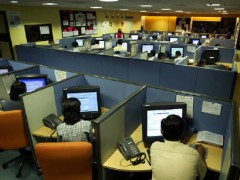 As the most populated region in the world, South Asia can also boast the highest number of young people per world region as well, and this trend continues to grow driven by high birth rates. This means that in the near future there will be increasing numbers of young people looking for jobs, and whether they gain employment or not has a direct correlation with stability and peace in the region. Not to mention that a livelihood is a basic human right as all human beings deserve a minimal income to support and sustain themselves and their dependants.

According to the World Bank, one fifth of the population of South Asia is between the ages of 15 and 20, and young adults account for half of all unemployed. On average, 62% of young women in South Asia can read and write, compared to 77% of young men.

The largest employment sector for South Asians has long been agriculture, but a rapid rise in population coupled with new technologies aiding agricultural production has meant a shift from the primary to the secondary sector of the economy.

Industrialization and urbanization have been rampant. According to estimates, the annual urban population growth rate in South Asia is 2.5% while the annual rural population growth rate stands at 1%. The Planning Commission of Pakistan projects that by 2030 the urban population of Pakistan will rise by nearly two-thirds of the total population. South Asia is also home to some of the largest and most populous of the world’s cities – including Calcutta, Delhi, Dhaka, Karachi, and Mumbai,– and living conditions here are also a matter of grave concern.

Bearing all these factors in mind, it is imperative that governments, development organisations, and international institutions come together and map out plans and policies that offer a sustainable future to a booming and energetic young population.

Firstly, considering the huge youth bulge in this region, it is imperative to focus on literacy and education without which employment prospects are grim and restricted. Education, however, does not always start when you are two years old: there have been several literacy programmes for adults that have imparted basic literacy skills for economic survival, and such endeavours should be encouraged as there is a large section of the population that has not had access to formal education during childhood. Such education is also important as it keeps vulnerable minds away from the evils of extremism that can be seen growing in the region and threatening international peace and human security.

Secondly, there is great scope in the region for large infrastructural and development projects which would be a major source of employment for those looking to earn a living. Such projects are comparable to the Tennessee Valley Association (TVA) from the 1930s during Roosevelt’s tenure in the USA and include large dams, road networks, construction, etc.

Thirdly, an ever-growing population also means a huge demand for energy, yet the region is increasingly energy-starved, and many rural areas across South Asia still lack any form of electricity. Keeping this need in mind, and given the availability of both renewable and non-renewable resources in the region, the energy sector could be a major source of more and better jobs for South Asians. The region’s vast sunny plains are perfect for the generation of solar and wind energy, and a huge agricultural sector means that renewable green energy sources such as bio-fuels are a reality waiting to be exploited on a grand scale. This could be an important distraction from the much more dangerous nuclear energy ambitions of both Pakistan and India, especially following the nuclear disaster in Fukushima after the  earthquake and tsunami in Japan earlier last year.

Fourthly, South Asia has also been a major hub of information technology related investments, with Bangalore famously celebrated as the Silicon Valley of India. This has meant a huge influx of jobs outsourced to South Asia from Europe and North America, and these jobs have been hugely popular especially among new graduates who speak fluent English. This sector needs to be further formalized, streamlined, and encouraged in line with the growing needs of the West for services from this region, and vice versa.

Lastly, and most importantly, it is imperative that deserving young people in South Asia be motivated, trained, and given the resources they need to become entrepreneurs. There are numerous fresh ideas coming out of the region, and all that young people need is some guidance and a platform on which to launch their own businesses. For instance, Muhammad Khalid from snowy Chitral in northern Pakistan recently invented an avalanche warning device. Young South Asians need to be empowered to create more jobs rather than merely seeking work. It is equally important for both the government, and the private sector to divert some funding to this sector, and in particular the Corporate Social Responsibility (CSR) ventures of private firms. Universities should encourage and facilitate the practical realization of students’ ideas, and a public-private partnership in this respect could be instrumental in the success of fresh initiatives. This instrument needs to be implemented throughout the region for greater prosperity and more jobs.

To conclude, governments, development agencies, and the private sector acting in solidarity need to take greater measures to provide opportunities to young people from South Asia for more and better jobs in the region – jobs which, as mentioned above, are fundamental to regional stability.  What is needed are large-scale development projects with a special focus on energy and education, coupled with outsourced employment, and, most importantly of all, encouragement of entrepreneurial skills.

Usama is a social activist, public speaking trainer, and researcher based in Islamabad, Pakistan. He represented Pakistan in the US as a YES scholar, and is the Membership and Mentoring Leader at Future Leaders of Pakistan (FLP). He also writes freelance for various publications. He is Currently studying Politics and International Relations through the University of London International Programme.