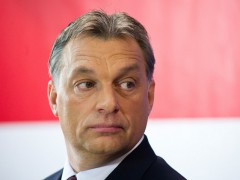 The banning of six Hungarian individuals linked to the government from entering in USA is yet another example of the ever-worsening relations between Hungary and her Western allies. Under prime minster Viktor Orbán the Hungarian foreign policy was re-oriented under the motto of “Eastern opening”. However, turning her back to her Western allies, Hungary risks falling between two stools.

As the government of Viktor Orbán got elected in 2010, the country was still in shock from the Great Recession. The main idea behind the new direction in foreign policy was to get new export markets for Hungarian goods outside the EU and with this, to put the economy back on track again. However, this somewhat neo-mercantilist idea does not really take into account the Hungarian economy’s realities.

The Hungarian economy is a very open one. A large part of our GDP is coming from multi-national firms that have only one part of their trans-national supply-chains in the country. The fact that these supply-chains are centred in other EU countries, mainly in Germany clearly demonstrates how deeply Hungary has been embedded into the Western economic system. If one looks at the table below, it is easy to see how dependent the country is on EU countries. According to data from Eurostat, in 2014 more than 75% of the exports and more than 70% of the imports were coming from EU countries.

Besides, this new direction in foreign policy should be put into perspective. Since coming to power, the Orbán regime has been facing questions on its attitude towards western-style liberal democracy. This trend culminated in a speech by the prime minister this summer, where he declared that his government aims to build up a so-called illiberal democracy. This speech effectively put the country on one platform with countries such as Russia, Turkey and Azerbaijan in the eyes of outside observers and western politicians.

An here lies the essence of the attitude of the Orbán regime. The “Eastern opening” strategy is not only based on economic interests, but increasingly on values as well. The question is whether the country could get in a in a better position from this new line in values and foreign policy.

Some events of the past months clearly showed the limits of this new foreign policy direction. When the Audi factory in the city of Győr stopped production for a couple of weeks, the Hungarian GDP suddenly started to decrease[HU]. This clearly demonstrates how much our economy is dependent on EU companies and not only on EU subsidies.

Prime minister Viktor Orban – Can Hungary afford to make right-about turn? – A picture by Europa Pont on Flickr – CC BY 2.0

The Ukrainian crises brought to the fore Hungary’s vulnerability in regards to Russia as well. Since the country is highly dependent on Russian gas and oil, in hope of being able to sign a favourable contract with lower prices, the government decided to stop selling gas to neighbouring Ukraine. This is not only a clear violation of solidarity of EU states towards a country that is facing illegal Russian aggression, but this may also worsen the already shaky position of the Hungarian minority living on Ukrainian soil.

It seems there is no ideal way out from this situation. Hungarian politicians should acknowledge the fact that a small and open economy like ours will not be able to act independently in today’s global and interdependent economic reality. In a way, our country is already dominated by other countries and institutions, which many Hungarians regard as colonization. The question is by whom do we want to be colonized? By authoritarian undemocratic regimes, with questionable weak long term economic vision such as Russia, or by countries who value free speech, free enterprise, the rule of law and have a globally competitive economic model such as Germany?

“Eastern opening” might be a resounding political programme, but we should ask ourselves whether it has an reality for a country deeply embedded in Western European supply chains. Besides, should we pair up finding new markets for Hungarian goods with turning away from countries and values that have been helping us to get over the heavy legacy of 50 years of communism and Soviet-Russian occupation?