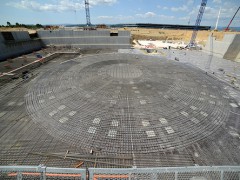 In 1798, Thomas Malthus published An Essay on the Principles of Population in which he famously argued that the population increases in a geometric ratio, while the means of subsistence increase arithmetically. This means that if unchecked, population growth will inevitably lead to crises. Malthus wrote his theory when the population of Great Britain was experiencing unparalleled levels of growth. As the country was propelled into the industrial age, the population more than quadrupled in the course of the 19th century , giving considerable clout to his apocalyptic message.

Today, the world’s population stands at over 7,1 billion and by most standards humans have managed to avoid an overpopulation induced catastrophe. What Malthus did not take into account was the increased productivity gains that would allow food production to stay abreast of demographic expansion. Critics go further, arguing that Malthus, whom history has come to regard as something of a Scrooge like figure (literally), was downright unimaginative, and completely underestimated humanity’s ingenuity. Indeed, free market disciples have turned Malthus into something of a straw figure, attacking would-be 21st century Malthusians as unimaginative Scrooges with little regard for the tenacity of the human spirit.

It can be tempting to view 21st century energy sustainability issues through the lens of Malthusian theory,  and shortcomings in his thought are often used as a cudgel with which to belabor environmentalists. The logic goes that with such a good track record, why curtail economic growth in the name of sustainability: humans will always find a way produce energy in even more clever and efficient ways. However, it is difficult to say exactly how this outlook would translate into policy, or, at the least, to have even the slightest certainty that humanity can pull off this Herculean feat in time. To add a twist to an old saying, can we build the ladder quickly enough to keep pace with the hole we’re digging?

Renewable sources of energy already play a significant role, representing 10% of worldwide-marketed energy consumption according to the US Energy Information Administration (not including nuclear – another 14%), while many renewable energy sources are already mature and relatively cost-competitive. Despite this, resting on our laurels still seems a dangerous proposition. Green energy remains a small part of the world’s rapidly growing  energy consumption and experts are highly divided over which technology will emerge in the lead. Predictions range from none-of-the-above to all of them. The story of nuclear fusion gives an interesting insight into the trials and tribulations of renewable energy, the incredible possibilities and the technical, economic and political uncertainty.

Fusion energy – a hope on the horizon?

Work begins on the ITER reactor
Photo by Fusion for Energy (CC BY 2.0)

New York Times columnist Andrew Revkin once described fusion nuclear energy as the ‘Hail Mary pass’ of renewable energy breakthroughs, compared to the relatively modest promises peddled by today’s mature and up-and-coming renewable energy sources. Fusion is the process that powers the sun by fusing together ‘light’ atoms at extremely high temperatures (unlike traditional fission nuclear energy). The merits of fusion are numerous. Fusion fuel is almost inexhaustible, it emits no greenhouse gases, the production process is inherently safe and, contrary to many renewable energy sources currently under development, it could be relied upon as a ‘base load’ 24 hours a day  power source.

On the other hand, fusion has also been referred to as the ‘holy grail’ of energy sources, implying that while highly sought after, it is a futile affair. Research progress has been steady over the decades, but fusion has had a knack of continually throwing up new barriers. Despite claims of being 30 years from commercial deployment, no single paradigm has asserted itself for fusion devices  and critics point out that, if it is indeed possible, the timeframe for deployment may well be more on a time scale of 100 years.

France is home to one of the most ambitious sustainable energy projects in the world. ITER  is an international scientific undertaking between seven countries aimed at demonstrating the feasibility of nuclear fusion as a power source. This project is the culmination of sixty years of scientific research and hopes to construct a ‘break-even’ fusion device (when the plasma in a fusion device produces as much energy as was required to produce it in the first place). This is the last step, supporters say, to producing a prototype commercial fusion reactor.

However, if you’ve heard at all about ITER, a project over twenty years in the making, it’s probably because of the cost overruns that have threatened to sink the entire endeavour. The estimated cost of the project has risen by a dizzying 67% since 2001, due to a number of external and internal drivers and emanating largely from increased input prices and the technical difficulties that arose ed themselves as the design was finalised. Costs may also continue to rise in the future. A 2013 Ernst & Young report found that structural constraints inherent to the project’s organisational structure will seriously hinder cost-effectiveness in the future.

Among renewable energy activists, fusion energy has been attacked as a pipe dream and attracts considerable ire in Europe because it has eaten into EU and Member State research budgets for other renewable technologies. Even in France, where policymakers see it as a way of sustainably feeding the huge nuclear industry, rising costs set against the backdrop of austerity are starting to sway support. ITER project costs, however, are far from the last nail in fusion’s coffin and it would be unfair to say the technology holds little hope.

In the end, the debate is perhaps so divisive because it is easy to dig yourself in on one side or the other, given the lack of hard facts and certainty. It thus comes down to our most basic human instincts to inform our decision on where we stand: hedge our bets or go all-in.

Malthus’ theory may seem simplistic in retrospect, but it’s fair to say that the ideas held by his detractors may very well be equally as simplistic. No wise man has ever gone into the business of making grand predictions without the fear of being ridiculed, but those who have not faced the merciless test of time have a distinct advantage.