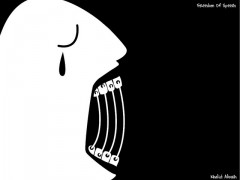 Oligarchy. This sounds like a scary disease in a pathetic soap opera. I agree: oligarchy is a type of plague. It is contagious, insidious and pandemic. Without pathos: the beautiful country I come from suffers from chronic oligarchy.

It is no new illness: Aristotle defined plutocracy centuries ago, and oligarchy is just one of its flavors along with meritocracy or military juntas. The Bulgarian system of oligarchy is pretty straightforward: after 1989, organized crime spread all over at the speed of light. Former sportsmen, policemen and military officers all created their own “security agencies”. Unemployment, inflation, pervasive violence and corruption thus became our familiar everyday Horsemen of the Apocalypse.

But the Apocalypse failed to materialize. What happened instead was that the European Union (EU) announced that the transition to democracy in Bulgaria was achieved in 1999. This was daring – or in more politically correct terms “controversial”. Transitions to democracy are naturally tumultuous both in terms of economics and political development. However, the end of transition should be social, economic, political and judicial stability which means that naturally, transparency and participation of sane citizens should be the main props of the governance processes.

Yet the dirty mirror of Bulgarian democracy reflects the image of the poorest country in the EU where the mafia is an intimate part of the political establishment. The white-collar workers of today are the security entrepreneurs of yesterday. Our big shots started their symbiosis with key politicians very early on at a time when their Russian brothers in arms were resorting to violence as an entry to the political establishment. Such a strategy from the Bulgarian oligarchs later allowed for replacement of unaccommodating managers in corporations and for unlimited credit lines from national banks.

The point where Bulgarian and Russian oligarchs converge is in their use of communication strategies. Secrecy is one of them: you simply do not let people know about your juicy deals. Aggressive PR is the other. People give you the bad eye? Change it: buy campaigns, be sweet to journalists and TV show producers… buy freedom from media. Bulgarian oligarchs learned fast from their Russian counterparts how to transform media power into the political ascendancy which in turn gives economic dominion.

Grow Your Own Media

This sprawling “oligarchization” of mass communications has become especially pervasive since 2009 when the right wing party GERB won the majority of seats in Parliament. This provoked a deep and enduring change in media discourse. Various media watchdogs have observed an ever-deteriorating landscape with respect to media independence.

More importantly, a report from the Bulgarian Media Democracy Foundation detailed the complex interactions observed in 2010. It highlighted what they define as the “mediatization of politics”: instead of being the ombudsman between political institutions and citizens, the media is increasingly becoming a key player in the political arena. The report also underlines the politicization of the media message and its growing subordination to political circles.

Injecting oligarchy-compliant content is not the only consequence of political interference in media freedom. The presidential elections in 2011 prompted the re-organization of the media market. Diversity of ownership of news outlets shrunk severely, resulting in corporate journalism and unclear funding channels. The privately owned media was most affected and is now dominated by hidden political agendas.

We were used to harassment, assaults, death threats, car bombing and various other “accidents” happening to inquisitive journalists. We got used to hysterical female journalists herding around a lewd Prime Minister posing naked for a tabloid. We are also used to reading self-aggrandizing headlines of such staggering importance as “Boyko makes Beker sweat” or “Boyko saves parrots” [the Bulgarian PM’s name is Boyko Borissov]. Panem et circenses are Bulgaria’s media gamemasters.

“The Bulgarian media make democracy sick”, as a professor said recently. If the communicating vessels ‘media’ and ‘ruling majority’ do not break off their incestuous relationship anytime soon, we must fear that the patient’s health status will turn critical.