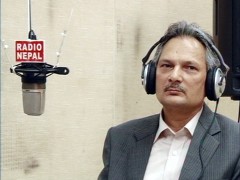 Last month, Maria Farooq discussed how the information revolution can be hijacked and used for unsavoury purposes. Yet it’s not only terrorists and criminals that take advantage of technology, some governments too are  unfortunately also intent on subverting the revolution.

The specter of censorship is a favourite discussion topic in online forums.  In many countries this is not just idle gossip. Even in some democratic ones the authorities have clamped down, trampling on the norms of free speech.

In Nepal, which is a relatively new democracy, online media and social networks are high on the Government’s to-do list. The hard fought Right to Information Act is also a target. At an information technology event Prime Minister Baburam Bhattari attacked social networks, calling them anti-social and blaming them for hurting national and communal sentiments.

His disapproving remarks came after the Government tried to quash the Right to Information Act. In an editorial, The Kathmandu Post criticized the move,

“The sudden revelation that the government has revised the Right to Information Act (RTI) of 2007, with a view towards withholding many more types of information than before, is puzzling. So far, the Chief Secretary has been given chief responsibility for the revision as a committee headed by him undertook it. But such a major policy decision cannot only have come from a government bureaucrat, no matter how senior. It is clear that political parties, particularly those that are currently in government, were behind this decision. Judging by the nature of the decision, which was carefully thought out, this policy was likely on the anvil for a substantial period of time. It is perhaps not wrong to think, then, that this was a policy pushed by the political parties in some secrecy, as they were aware that it would provoke a backlash. And the details regarding the RTI were thus revealed only after it was certain that it would come under implementation.”

Public outrage followed the news of the Government’s move, and the decision was quickly shelved.

India, the world’s largest democracy, has also hitched a ride on the censorship wagon. Earlier this month, Google, Facebook and other online outlets were ordered to remove objectionable content. Associated Press said,

“Google India has removed web pages deemed offensive to Indian political and religious leaders to comply with a court case that has raised censorship fears in the world’s largest democracy, media reported Monday.

Outraged users and free speech advocates have fought back and the Government seems to be looking for a soft landing. Kapil Sibal, the minister who first demanded that “objectionable” online material should be removed, is now saying that there are no plans to censor online media.

The case of the Indian Government – wobbling on free speech and free expression online – shows that even in countries with long democratic traditions, the current information revolution is misunderstood and feared.

The Nepali Government’s move to disable the Right to Information Act and  the Prime Minister criticizing social media are no accidents or coincidences. There is a faction in Nepal that sees the information revolution as threatening its grip on power, and wants to stem the tide. In India too, this faction is active. In fact, around the world, in many countries there is a struggle going on between those who want to control information and those who want unhindered access to it. The tussle going on in Nepal and India shows that both new and old democracies are susceptible to the allure of censorship.

It is up to the people themselves to keep information on and offline free of censorship.