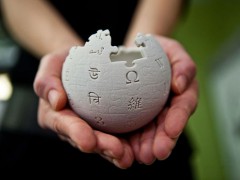 Telecommunications can be justifiably described as one of the areas that has been most affected by globalization. Time and space have become nearly irrelevant when it comes to telecommunication. The Internet is the prime example of this stage of modern communication.

One of the milestones on the path to communication across distance was the invention of the electrical telegraph in the 1830s. In his 1985 book Amusing Ourselves to Death (here is a brief summary), prominent media critic Neil Postman asked the provocative question what does the invention of the telegraph mean for humanity’s perception of relevance. Prior to that time, the relevance of information was strongly connected to its local impact. Local newspapers were relevant because they reported local news. But with the widespread use of electrical telegraphs, it was possible to separate the information from its local context. Why, however, would people want to be flooded with news from faraway parts of the country (or even from abroad)? Does it have any relevance to them?

Today, these assumptions strike us as being from another era—and in fact they are. There is a coup in a far-flung country on another continent? You will hear about it immediately. And even the news about the birth of a #royalbaby in the United Kingdom is brought to every corner of the world in the blink of an eye. Are these news stories relevant? I wouldn’t want to venture an answer. This is the way the world works today. Trying to stop the march of time is a lost cause.

Other questions are more important. Do globalized telecommunications and communication across borders and cultures have any impact on intercultural practices? Does the Internet create a bigger space for cultural similarities? Or does it instead have the opposite effect? Does it increase awareness of the cultural differences all over the world?

We’re used to describing “cultural identity” in terms of nationality, language, traditions, and customs. If two individuals share all these characteristics, it is assumed that they have a significant degree of shared identity. But is that really true?

The Internet is a tool that can put us in touch with people from all over the world. I have come to realize that I share many characteristics, such as tolerance, curiosity, and openness, with people from distant countries. Can we call this a global identity? Aren’t such shared values more significant than the language and nationality you might have in common with your closed-minded, intolerant next-door neighbor? And finally, is the Internet the tool that will lead the way in this direction?

Do you know how a blog carnival works?

The Future Challenges blogger network is a large network of talented, open-minded people from all over the world, and I hope some of them will share their thoughts on these questions.

If you are interested in responding to the question of whether the Internet creates a bigger space for cultural similarities, please publish a blogpost on your own blog by Monday, 2nd September 2013 and link to this article. We will publish a summary of all the posts (including a link to the blogpost on your blog) on futurechallenges.org. The best of the posts will also be used—provided you give your permission—in a book sprint that will be organized by Future Challenges and the Internet and Society Collaboratory in Berlin.