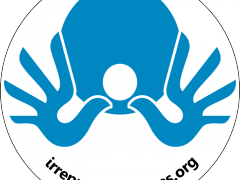 Over the past few months a worldwide protest movement has arisen with the aim of stopping various planned legislative moves for tighter regulation and control of the internet. Opponents of these proposed laws believe they endanger freedom on the internet. Yet the debates waged on this matter have also made it clear that “Freedom on the Net” has different shades of meaning in different states. In many autocratic states it primarily means the simple freedom to speak your mind without fear of physical reprisals.

FutureChallenges has seen through its bloggers how the internet gives people in authoritarian states a voice with which they can draw attention to their situation. This is why futurechallenges.org in partnership with the Internet und Gesellschaft Co:llaboratory and the Konrad Adenauer Stiftung has now launched the irrepressiblevoices.org project. A special channel on YouTube is dedicated to showing how FutureChallenges’ and other bloggers can engage with social media to put the spotlight on violations of human rights, and how activists and bloggers can encourage other people to take a stand.

In a globalized world it’s not just markets that are moving ever close together but people as well – and the internet is one of the key channels for bringing them closer together. The newly launched irrepressiblevoices.org project should help to give a voice to those many people who otherwise cannot easily make themselves heard.