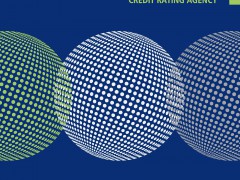 INCRA was presented to the conference by a triumvirate of key players in its development: Annette Heuser, the Executive Director of the Bertelsmann Foundation; Rolf Langhammer, Vice-President of the Kiel Institute; and Vincent Truglia, a former Managing Director at Moody’s and the declared “godfather” of sovereign credit ratings—ratings that analyze the credit worthiness, or risk of default, of national governments. Their proposal rests on correcting two perceived problems in the sovereign credit ratings industry.

Their first concern was an issue of governance, namely the for-profit nature that currently dominates the credit rating marketplace, which is led by three giants, Standard & Poor’s, Moody’s, and Fitch Ratings. Arguing that sovereign ratings are a public good, the panel stressed that a non-profit model was an alternative that could address the perceived (or real) conflicts of interest that exist under a for-profit model. INCRA’s proposed structure would separate operations from funding. Funding would be based on an endowment sponsored by a host of donors, including governments, NGOs, and private individuals. A stakeholder council would serve as the third major segment of INCRA, providing an unbiased way to develop policy and procedure.

The second challenge they tackled was the need to improve credit rating indicators. Predicting the probability of default, like any prognostication, is generally difficult. After all, one is only able to guess the future based on modeling, historical knowledge, and certain assumptions. While conceding that there is no perfect model to develop credit ratings, the panel stressed that creative thinking must be employed to continuously develop new indicators. A number of key indicators were emphasized, including the role of civil society (according to the panel, civil society plays a much bigger role in repayment of debt in high-income countries than in low-income ones) and willingness of a government to repay its obligations. Their general message was that credit rating agencies had to be more forward-looking. Truglia summed up this sentiment nicely, “By definition every crisis has to be unexpected…[we thus] have to always be thinking ahead.”

The proposal is certainly a novel idea and appeared to generate much interest among the attendees. While it is not clear how far this proposal will go, those within the risk and credit rating industries should pay attention. (A full discussion of the proposal is offered in INCRA’s “Blueprint”.)