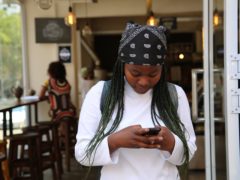 Photo by Angelo Moleele on Unsplash

In recent years, East African countries such as Uganda, Kenya, and Tanzania, introduced social media taxes with devastating effects on digital rights of Internet users and freedom of expression in general.

The anatomy of the social media tax

In Uganda, the tax was introduced in May 2018 by the Ugandan government to curb gossip and broaden the country’s tax base. Effective July, 2018, Internet users in Uganda seeking to access social media sites were required to  pay the daily duty tax of 200 Ugandan shillings equivalent to 0.05 USD cents. As a result, more than 60 online platforms including Facebook, WhatsApp and Twitter were affected.

Uganda has so far lost nearly 30%  of internet users between  March and September 2018 due to the effect of the tax. Some of these users might have gone back to using traditional means of communication like SMS messaging and yet other countries are now discussing innovative ways to narrow digital divide.

Other users resorted to tax avoidance tactics through the use of Virtual Private Networks (VPN) to bypass the payment of the tax.  Some Internet users resorted to using WI-FI in offices and restaurants to avoid the Over-The-Top (OTT) tax payment. Several VPN  users in Uganda cite unfairness of the tax, affordability concerns, and increased corruption as reasons for avoiding the tax.

Early this year in January, 2020, the Uganda Revenue Authority (URA) proposed a policy shift to the tax. Instead of imposing the social media tax that is collected through mobile money, the authority wants direct tax on Internet bundles by amending Schedule 2 of the Excise Duty Act. The authority argues that the policy shift will stop tax evasion. Collection of the tax hit a shortfall of UShs 234 billion (63,716,328 USD) according to the 2018/2019 financial year report. However, the controversial tax policy shift is yet to be discussed further by the parliamentary committee on finance.

In Tanzania, the government introduced new online regulations for bloggers and online radio and television services requiring them to pay an annual fee of 930 USD. Additionally, the newly introduced tax “allowed authorities to reserve the right to revoke a permit” if a site publishes content that “‘causes annoyance, threatens harm or evil, encourages or incites crimes’” or jeopardizes “‘national security or public health and safety.’” Officials could also force managers to remove “prohibited content” within 12 hours or face fines not less than five million Tanzanian Shillings (2,210 USD) or a year in prison, according to Quartz Africa.

Photo by NESA by Makers on Unsplash

The impact of social media tax on digital divide

The tax has hit the poor and the marginalized people especially women, Persons With Disabilities (PWDs), rural people and other disadvantaged groups in Uganda. The tax has broadened the digital divide.

The Uganda Poverty Assessment Report 2016 cited that in 2013, more than a third of its citizens lived below the international extreme poverty line of US$1.90 a day.

Consequently, buying internet bundles is too expensive for some Ugandans and the new tax serves to drive the costs upwards. In Uganda, about 80% of women depend on subsistence agricultural production. They cannot afford to purchase data or a smartphone, let alone pay the tax.

According to a 2019 research by Women of Uganda Network (WOUGNET), “female respondents who took part in this research were asked where they obtain their money to buy data and 33% said they obtain it from their spouses.” Some of the female respondents hastily added that getting money from their spouses comes with additional scrutiny, with the men demanding to know “who else she communicated to with the data they obtained” which is now a source of conflict in the home, with women ending up as victims of domestic violence.

A 2015 Web Foundation survey found out that thousands of poor urban men and women across nine developing countries cited that women are still nearly 50% less likely to access the Internet than men in the same communities, with Internet use reported by just 37% of women surveyed.

The “estimates of the digital divide between women and men in use of the Internet and other ICTs have been sketchy and yet the newly adopted UN Sustainable Development Goals cited the need to harness information and communications technologies (ICTs) to improve women’s empowerment and connect everyone in Least Developed Countries (LDC) to the Internet by 2020.”

Internet data taxation is not a prudent policy shift. For example, the tax will frustrate Uganda’s Digital Uganda Vision due to affordability issues. This vision intends to empower its citizens to achieve some goals like universal inclusion and poverty eradication through digital innovation combining initiatives across multiple sectors.

Low access and use of ICT by Persons with Disabilities (PWDs) after the introduction of the OTT tax was revealed by the UCC study. Drawing from the findings, it showed poverty as one of the major factors limiting access and use of ICTs by PWDs coupled with the recent imposed Over the Top (OTT). This has negatively impacted the lives of PWDs especially in access to information, expression and participation.

A 1GB mobile broadband plan in Uganda costs more than 16% of average monthly income at the end of 2017 according to Alliance for Affordable Internet. In Tanzania and Kenya, a GB of mobile broadband plan costs more than  5% and 4% of their income respectively. Incomes are higher on average in cities than in rural areas and worse for women which make the tax more costly for them.

The Internet is an enabler, used by many to connect to their distant families, watch news, get employment opportunities, transact online businesses, express views, gain a voice and seek information.

So, the decision to tax the Internet is a violation of national and international obligations of the involved states. Over half-a-billion Africans accessed the Internet. This is specifically a breach of the African Declaration on Internet Rights and Freedom principle on Internet Access and Affordability which focuses on the Internet being available and affordable to all persons in Africa without discrimination on any ground for the full realization of human development.

The existence of digital divide requires active policies that encourage ICT uptake and use to all persons without discrimination.