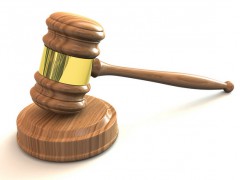 Photo by StockMonkey and published on Flickr under a CC BY-NC-SA 2.0 license

By ruling that Buenos Aires must repay sovereign bond holdouts, Judge Griesa may have complicated similar programs in Europe while derailing any hope of Argentina’s reentry into the global financial system.

It is tough to blame Judge Thomas Griesa for throwing the book at Argentina. The enigmatic South American nation has already pushed the US Treasury to its wit’s end. The International Monetary Fund (IMF) has publicly considered censuring the country, while The Economist has punted on publishing its government’s dubious statistics.

With protests mounting in Buenos Aires, even Argentina is frustrated with Argentina.

But US District Court Judge Griesa’s ruling in favor of Argentine debt holdouts may be penny wise and pound foolish.  Worse, it could complicate global efforts to recover from sovereign debt crises.

In 2001, Argentina executed the largest sovereign default in history, walking away from more than $80bn in non-performing loans. Between 2005 and 2010, the country offered bondholders swaps that paid 30 cents on the dollar. More than 93 percent of holders accepted the exchange, and Argentina has serviced this restructured debt without interruption since 2005.

However, seven percent of bondholders held out. These holders, mainly hedge funds that scooped the issuances at bottom dollar as the Argentine economy deteriorated, have pursued lengthy legal battles demanding that Argentina pay full face value plus interest on outstanding obligations.

On November 21, 2012, Judge Griesa decided in favor of these holdouts, ordering Argentina to pay them $1.3 billion. The judge put teeth into his decision by declaring any further servicing of the restructured debt (again, 93 percent of the total), without honoring the holdout debt, to be illegal.

While lawyers debate the case’s legal minutiae, a broader view suggests that the punitive ruling could have unnecessarily damaging consequences that extend well beyond Buenos Aires. No bond is completely risk free, and the ability to restructure distressed debt is vital not only to Argentina. It is crucial to modern-day peripheral Europe and to any number of countries in the future.

The Myth of Risk Free Debt

Every nation should be expected to honor sovereign debt. Reflecting this expectation, the punishment for default is severe. The Argentine default of 2001 may have been met with cheers in the Congreso de la Nación, but it caused great pain in the streets. Life savings disappeared as the peso plummeted, and Buenos Aires has been unable to access international credit since 2002.

Sovereign bonds, however. are not risk free despite the harsh punishment for default. Any “Introduction to Public Finance” course teaches that bonds pay interest, and the interest reflects the risk. The risk is that the government will be unable to pay. The assumption that convertibility in Argentina and the shared currency in Europe made Argentine and Greek sovereign debt nearly risk free led to irresponsible lending practices that fueled both crises.

Furthermore, the firms that profit from Judge Griesa’s ruling are precisely those that purchased Argentine bonds after the true risk had crystalized. Hedge funds purchased much of this debt at steep discounts on the secondary market while the Argentine economy was marred in recession. A key reason behind the acquisitions was because the risk premium had exploded. Judge Griesa’s ruling appears to disregard this inherent risk.

The decision could unravel any hope of Argentina’s rejoining the international monetary system. Lost amidst the negative coverage of the Buenos Aires government is the fact that the country consistently serviced its restructured debt. Retiring this debt is a crucial step Argentina must take to re-enter global financial markets. The inability to access international capital has severely distorted the domestic economy. Unable to finance a deficit, the government has overvalued the domestic currency while implementing capital controls and limiting imports.

Judge Greisa’s ruling offers Argentina two options: Pay all creditors, including holdouts, at full face value, or pay no one. The overwhelming expectation (underscored by increased market appetite for Argentine credit default swaps), is that Buenos Aires will pay no one, thus defaulting again. A second default would entrench Argentina’s position as an international pariah and would push the country further away from the international monetary system.

The refusal to service the seven percent of investor-holdouts would be popular in Argentina, where such investors have long been regarded as “vultures”. Defiance could rally support for an unpopular President Cristina Fernández and her administration. But for a country facing 20 percent annual inflation and a cat-and-mouse game between capital flight and capital controls, greater international isolation would be detrimental.

Legal systems often rely on precedent, and this ruling sets a dangerous one. Across the Atlantic, as peripheral Europe continues to trudge through recession, most governments and financial institutions understand that a haircut on certain sovereign bonds is inevitable.

In fact, the eurozone’s survival likely depends on investors’ accepting haircuts. For example, IMF support to Greece is contingent upon reduced debt-to-GDP ratios. Greece, in turn, seeks to accomplish this reduction in part through bond buybacks, currently offering 34 cents on the euro.

To avoid triggering credit default swaps, Greece has pursued such haircuts on a “voluntary” basis. As in Argentina, Greece’s ability to end the debt crisis will depend on bondholders’ willingness to accept the writedowns. With this in mind, Judge Griesa’s ruling appears to offer a disincentive to accept a haircut on the debt of peripheral Europe. If, eventually, these countries could be on the hook for the full face value of their bonds, more investors may elect to forgo buyback programs or voluntary restructuring.

Judge Griesa might be forgiven for his frustration with Argentina. But as for judging the long-term consequences of his decision, observers will just have to hold out.