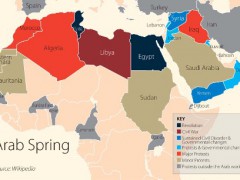 The Future Challenges team would like to start the New Year by looking back at 2012.

Our blogger network – which consists of more than 160 bloggers from 65 countries – published more than 500 blogposts this year. These blogposts provided countless perspectives on issues of globalization like youth unemployment, the competition for natural resources or education systems in a globalized world. They tell stories that differ from the news in the mainstream media because they focus on personal stories and, apart from that, the reader gets to know what bloggers from different countries think about a given topic.

We learned a lot this year about the hopes and fears, as well as about present and future challenges through the eyes of our blogger network. We hope that in 2013 even more readers will share our experience.

Here is a list of the ten most popular stories on Future Challenges in the year 2012, measured by page impressions. We have only taken into account articles that were published in 2012.

1. Arab Revolution and Social Media: The digital divide as a barrier to democracy

In the so-called transition to democracy, where thousands of digital activists lay on one side and millions of virtually illiterate citizens on the other, are knowledge gaps standing in the way of change?

According to the World Economic Forum; Africa is on the brink of a major transformation. Over the last decade, the continent was home to six of the world’s 10 fastest growing economies, and the outlook for the region remains bright at a time when the rest of the world is facing major political and economic challenges.

Africa was well represented at the Summer Olympic Games – London 2012. Tunisia, Ethiopia, Uganda, South Africa, Kenya, Gabon and Egypt were the only countries from the African continent to have won medals at the 2012 Games.

Photo taken by Elliott Brown and published on Flickr under a CC BY 2.0 license.

5. Work in the Developing World

The developing world has the potential for major economic growth, but first it must prepare its young people for the burgeoning jobs market.

“To give the country credit, Pakistan is one of the few countries in the world not to obey Okun’s Law which posits a ~2 percent decrease in GDP for every percentage increase in unemployment. Pakistan is an irreverent case. Our problems of unemployment are the same right across the board from youth to adult unemployment and are far too diverse for us to address within the scope of our resources.”

Addicted, unemployed, uneducated and proud of it – Picture courtesy of Lightstalkers.org

7. The Wealth of a Nation: How Norway Escaped the Oil Curse

While oil may be a cause of corruption and unaccountable government in many countries, Norway has been able set aside its resource  wealth to invest in the country’s future.

As protesters around the world demand their right to a good education, Blanca Vera and Amaya Querejazu investigate the learning potential offered by public-private partnerships.

From the recent riots in Angola ,Uganda, and South Africa and tofuel subsidy removal in Nigeria, youth unemployment and under-employment is increasingly recognized as a potential trigger for social instability in African region.

The problem of water scarcity puts an undeniable blight on the lives of millions of people, including in Jordan which has been ranked tenth out of the seventeen states in “extreme risk” by Maplecroft’s Water Stress Index.

A desert in Jordan. Photo published by Leonardo Rizzi under a CC BY-SA 2.0 license on Flickr.