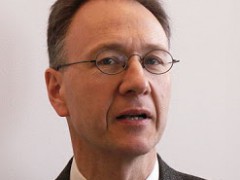 The current Collaboratory Initiative ‘Globalization and the Internet’ is exploring new approaches this year. Instead of producing the traditional final report, we are publishing a magazine, in cooperation with newthinking, which includes a variety of topical contributions from our experts. The focus is on different aspects of ‘Globalization and the Internet’, especially the initiative’s case study, the issues around TTIP — the hotly debated transatlantic free trade agreement.

An important contributor to the current international debate is British technology journalist Glyn Moody, who we are happy to announce as a guest speaker for our discussion round on October 10th, at the Heinrich Böll Foundation, in Berlin. The event is public and free of charge. It will begin at noon and end in the late afternoon. Please RSVP here: http://goo.gl/XuiD2p

Mr. Moody is known for his book ‘Rebel Code: Linux and the Open Source Revolution’ (2001) as well as regular contributions in Wired, Computer Weekly, The Guardian, Daily Telegraph, The Economist and Financial Times. He blogs at opendotdotdot.blogspot.de and he is an active commentator of international Internet policy issues — such as the NSA leaks — and questions of consumer rights — as debated within the context of  TTIP (here on Twitter). We will announce the title of his keynote shortly. Similarly, other panel members have already been asked to participate and will confirm their attendance in the days to follow.WHEN: 10/10, from 12.30 until 17.30
WHERE: Heinrich Böll Foundation, Berlin
RSVP: http://goo.gl/XuiD2p
Participation is free of charge
Preliminary agenda: http://goo.gl/efdCh5
An event by the Internet & Society Collaboratory e.V. and FutureChallenges.org.
Project Manager: Marc Venhaus