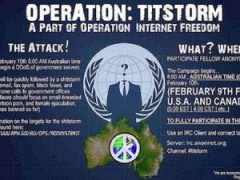 The ISP based Australian Internet filter, the Cybercrime Legislation Amendment Bill 2011 enforced by the Australian Communications and Media Authority.

These are a few examples of many governments’ attempts, both within Australia and internationally, to fight what they see as “cyber crime” or ensure “cyber security”.  The question to ask however, is whether these attempts are true steps forward in fighting unlawful and harmful action, or whether they are misguided endeavours to control users, and how effective are they in reality at either of those roles?

We live in an increasingly online society; Information and Communications Technology (ICT) plays an intrinsic role in the daily lives of most Australians, so much so we almost no longer consciously realise it.  Like any tool however, ICT can be utilised for both lawful and unlawful pursuits and as such, “cyber crime” has become an issue of consideration for those concerned with the security of the nation, including the Australian Federal Police (AFP).

“High Tech Crime” is the purview of the AFP and is defined in Commonwealth legislation within Part 10.7 – Computer Offences of the Criminal Code Act 1995 .  This includes crimes that rely on the use of ICT, or which target ICT equipment, data and services. The Australian High Tech Crime Center (AHTCC) was formed in 2008 and looks after these types of attacks; intrusions, denial of service (DoS) attacks, destruction of data and distributing malicious software (AHTCC 2011).

The AFP’s role is relatively understood, they pursue individuals and groups who have broken the relevant legislation. To aid this, in November 2011 the Australian Government made movements towards joining an international treaty fighting internet crime.  This is hoped to reduce the estimated $1 billion in risk to Australian companies from cyber crime every year (The Australian, 2011).

Internet filters however, are a different beast and there are questions about their efficacy and the motivations behind them.

In 2009, the Australian Government began a campaign to introduce an ISP based internet filter to “block overseas sites which contain criminal content” (ABC News, 2009).  This would be done through the creation of a “blacklist”, which would be maintained by an independent body in order to “protect Australians from unsuitable material”.

The actions however, brought resounding criticism from a multitude of corners, including the Electronic Frontiers Australia (EFA), who rightly posed the question:

“Exactly what will be blocked? Who will decide and why is it being attempted in the first place?”

The EFA’s Vice Chair Mr Jacobs suggested that “the ease with which users can circumvent the filtering raises questions about what it is actually trying to accomplish” (ABC News, 2009).  This is perhaps the main issue with protection in the form of a filter or restriction; freedoms are reduced and controlled by a third party without any input from the public or the constituents.

Not only did the EFA raise concerns, but groups such as “No Clean Feed” erupted, encouraging users to take action against the Bill, and take action they did.

In August 2009, in response to the AFP breaking up an underground hacker’s forum, the AFP’s computer system was hacked and the individuals accessed both police evidence and intelligence about federal police systems such as its IP addresses (SMH, 2009). 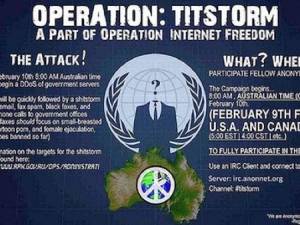 This operation was conducted by the group “Anonymous”, the same group who have taken down Sony and attacked various government sites (such as Nigeria and Syria) in a form of “hacktivism” and are extremely vocal against all forms of internet censorship.

The bill hasn’t been passed completely, however it may no longer need to as four Australian ISP’s have now voluntarily blocked over 500 websites, setting an interesting precedent (Chalk, 2011).

So there is a lot happening; internet filters are imposed, hackers are accessing and committing “cyber crime” despite security measures, new types of crime are emerging as well as traditional crimes being aided by technology.  What does this mean for the future?  Where does this leave our global community?  Can we have our computer and internet freedoms and still expect to be safe and protected?

It should also be remembered that young people today are growing up in a society where ICT and the freedoms they provide are taken as the norm.  As such, removal of these freedoms is most likely going to be seen as a step backwards and will be fought vehemently.

In any society there is the requirement for some rules and legislation in order to prevent crime.  However, for crime fighting to be effective, the focus should be on the crime itself and not on restricting the medium by which the crime is being conducted, particularly when it can bring so much good.  The types of crimes are changing and perhaps that should be the focus of protection efforts.  It may also be worth thinking about looking at why these crimes are occurring and dealing with the causes rather than simply focusing on the symptoms.  Easier said than done definitely, but if we are to live in a truly global society, how can you have true and free global interaction if someone picks and chooses what you are free to access?  How is that freedom? Is it a case perhaps, of accepting the fact that no society can be as truly free as we want it to be?