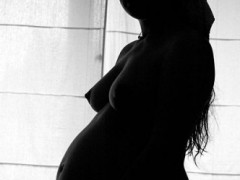 ‘Tearing down the walls of silence, shame & stigma can empower women as pillars of the community’ – Zainab Bangura, Special Representative of the United Nations Secretary General on Sexual Violence in Conflict on the Annual Summit of Women in Parliament Global Forum.

As a Polish national who lived in the United Kingdom, I have always thought that life in Britain runs more smoothly for both men and women than it does in Poland. Many Polish people think that in Britain the people are kinder and more friendly and that it’s easier to find a well-paid dignified job and get a better standard of higher education.

So I wasn’t surprised to read that many Polish women travel to Britain to give birth and settle down in family-friendly Britain.  A study by the Office for National Statistics shows that in England and Wales Polish women had 18,000 children in 2009 – making them second in fertility rates only to Pakistani women. Two years later Polish women gave birth to 23,000 children which puts them at the top of the league table of foreign-born mothers in Britain. At the same time fertility rates in Poland are so low that it is estimated that in 50 years the Poland’s population will drop from 38.3 million to 30.56 million citizens.

Pregnancy should not mean an economic life sentence. Picture by Tom and Katrien (WikiCommons with licence cc-by-sa-2.0)

But what the Polish media does not say is that many mothers in Britain face many challenges as employees. While all women in Britain have better access to daycare centers and higher benefits, both Poland and British women face challenges in finding work once they become mothers.

Poor women in Britain and Poland differ in one significant respect.  In Poland most poor women are mothers of large families (4 children or more). Sustainable family planning is next to impossible as the costs of contraception are not refunded in Poland and contraception is not generally available, especially in rural areas. Inadequate public healthcare services mean that many women quit their jobs if their child is born with a severe disability and needs round the clock care.  The number of poor single mothers is rising in Poland too but the majority of poor women are still mothers of large families.

On the other hand, in Britain most poor women are single mothers. Given that the majority of jobs in Britain are in cities, this creates a real urban challenge. In 2005 the Equal Opportunities Commission found that half of all pregnant women suffered a relative disadvantage at work, and that each year 30,000 were forced out of their job. Today over 60,000 women are pushed out of employment simply because they are pregnant or on maternity leave. The reasons given are varied but I think at the end of the day they have to do with the perception of mothers as substandard workers as well as with the harsh conditions of the post-recession economy for employers. For too many employers single mothers = costs.

In addition, the introduction of £1,200 up-front fees for employment tribunals means less cases brought against businesses which break employment contracts. According to the Independent newspaper, the law firm Slater & Gordon estimates that 50,000 women are losing their jobs while on maternity leave each year, while only 4 per cent of those surveyed had sought legal advice. This means that sacking mothers has never been easier.

The overall population exemplifies both a country’s position in the international arena and its economic potential. Therefore resources spent on promoting population growth are not the waste they are often portrayed to be in the media. High growth rates will occur only when women have proper support with daycare facilities and know for sure that once they become mothers, they will continue to be workers and employees. The country’s role is to build strong fundamentals for women to realize their economic and biological potential. Employers need to be rewarded for their efforts in terms of lower taxes or a range of incentives. And women need to to be more aware of their employment rights.

On a final note, I would like to to acknowledge Joanne Rowling, probably the best known single mother in Britain. Before she published the Harry Potter books, she was an unemployed teacher and a single mother for her children. For many years she lived on welfare support. Today in Britain the welfare services are under scrutiny by the Liberal Democrat- Conservative government.  It is a fact that that single parents will lose 15.1 per cent of their disposable income to austerity policies. Rather than moving forward, Britain is moving backwards. How many talents will be lost in the plunge into poverty? How many other gifted single mothers like JK Rowling?