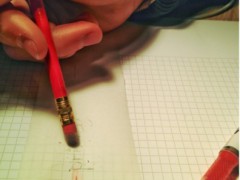 Privacy and data protection have never been discussed as much as they are now. Civil society, governments, and companies – they all talk about the same thing: how do we protect our privacy and keep our personal data safe and secure?

Yet, if we take one step back and think of how modern society in our digitized world would define the term “privacy”, we would probably start wondering whether all this talk of ‘privacy’ matters anymore.

Common conceptions of “privacy” have notably altered after Tim-Berners Lee invented World Wide Web (3W), or what we now call the Internet. The world is more hyper-connected than ever before and with the rapid evolution of technology, this seems to have no end. What was once thought to be unshareble (even smells or tastes) can now be shared through these networks. And if we ask what is driving all these technological developments, the answer is simple – the will to share! Therefore, it is only logical that social networks are so popular. On another level, the Internet, especially social networks like Facebook and Twitter, have contributed a lot in demolishing the distinction between what is public and what is private. With Moore’s law the growing number of Internet users and the amount of data they generate every minute, it is more likely that things are not going to ever go back to the way things were before.

What if, one day soon, we end up living in a so-called “post-privacy era”, where everyone’s data is shared, opened and accessible to anyone? No more secrets, confidentiality and classified information. At first, it might all sounds far from reality and perhaps, even funny, but take a further look…

If we just observe today’s tendency of digitizing everything, from e-books and bank transfers to grocery shopping, e-doctors, electronic flight tickets, it becomes easier to image what a “post-privacy era” could look like.

Just taking a brief look at what and how much an average user voluntarily shares publicly on a daily basis, there are few things left out from her or his private life that are not yet known.

Even the data that we do not share publicly, but that does exist in a digital form (web search or browsing history, payments over the internet, or online services that we used,) is already potentially accessible. Worth mentioning here is the new threat of “global surveillance” and the fact that, especially following the Snowden revelations, it is no longer a secret that companies like Google, Facebook, Apple and At&T collect all users’ data, store and process it (and in worst case scenario, according to the Snowden files, sell it to the US Government).

Not to underestimate the outcomes of trending E-governmental model of governance that many countries follow or the strong demand on governmental transparency. It all has opened a lot of data to the public and made it easily accessible for anyone eager to obtain public information. In my country of Georgia, public e-services have enabled citizens to get information not only about state agencies, public officers and governmental officials, but also about private companies, real estate owners and political parties. You can even see which car has what police fines to pay and for what reason, or who didn’t pay his or her debts.

If followed to the “post-privacy era” concept, after in ten, twenty, fifty years, even more data will be publicly accessible. Medical records, financial information, grades at school and more can become open in a post-privacy era. Just possessing a wish to access information will be enough. Governments, companies and citizens will have nothing to hide anymore.

Unfortunately, in case living in a post-privacy era isn’t your first choice, there aren’t many other options left to choose.

From a lawyer’s point of view, I can’t say that laws are going to save “privacy” either. Existing laws about data regulation and privacy protection are powerless. No law can stand a good hacker who knows how to hack a network server and access data without revealing him or herself, nor can they keep up with the doubling speed of technological development (see Moore’s Law), simply because passing a Bill in a Parliament needs on average 3 to 6 months and a majority of votes.

However, there is a group of people who believe that encryption could offer us the opportunity to gain back our privacy. This idea involves teaching school kids coding and encrypting at an early age. However, as much as this idea sounds good for those who don’t wish to live in a post-privacy era, it doesn’t seem to be very popular among the majority.

Regardless of all these pessimistic views, I still think there is a hope for those who don’t wish to say goodbye to their privacy. The hope lies in adjusting, first of all, our minds to the new, digital and technology-driven era, where we no longer should think that what we have posted online, for instance on our Facebook page (even only to our friends list) is private. It is not only Google and Facebook that have to offer you new privacy settings, but users themselves have to learn how to take care of their private data and yes, if needed, learn encryption, how to use secure networks, or make their passwords stronger (fact: the most common password is – 12345678). It is also crucial to adjust the legal system, so that it can keep laws (regulating the internet, data protection and technology) in accordance with technological development. National and international courts also have to take a more proactive role when defining what is private and what is public. In addition, stronger action should be taken against data misuse by companies and illegal surveillance of governments in order to give people back the feeling that “privacy” is something worth saving.

But if nothing will change, then let the post-privacy era begin!