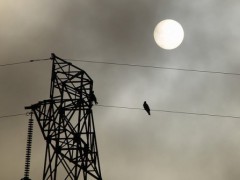 In the recent past Colombia has shown very interesting, steady and positive growth rates which have now put it among the group of Latin American countries with a better economic showing. Growth in Columbia has been mainly driven by the boom in metal prices like gold that has boosted the economy by attracting foreign investment. Yet Colombia has not changed much its productive diversity, and investment and production are still focused on extraction of nonrenewable raw materials (gold, emeralds, oil). Formal and technical environmental prerequisites have also been enacted which companies must fulfill in order to obtain the operating licenses. Yet by contrast, sustainable businesses are expensive and thus less attractive, and the numerous bureaucratic hurdles to be jumped in environmentally-friendly ventures also discourage foreign investment.

The natural outcome of such an impasse has been the proliferation of informal and illegal exploitation of natural resources with companies being held to no form of accountability whatsoever and the state proving incapable of enforcing law and guaranteeing control of the rules. Illegal extraction of minerals has nothing to do with growth or sustainability. We all prefer the type of growth that is respectful of the environment and that guarantees access to resources to future generations. We all prefer sustainable growth…

I certainly can see the importance of exploring the charged relationship between growth and sustainability, and of thinking about alternative approaches such as inclusive growth. Yet part of the answer here lies is asking other questions. In fact there are many possible ways to answer this question and this time I want to focus on a less obvious approach, one that has been on my mind for some time now.

Let’s start by saying that the tension between growth and sustainability is assumed as a global concern, especially in the sense that they go hand in hand. Growth rates are manipulated by states in order to change their image abroad and attract foreign investment, in line with models from institutions such as the IMF, WB and OECD. In other words, sustainability is “sold” as just one more (Western) concept. It does not take into account local cosmovisions and ancient knowledge that could in fact produce better solutions.

We are constantly being measured by indexes such as GINI and HDI, hence a combination of variables that are qualified according to what some (Western) countries and institutions think is desirable. So in the end it seems that the only viable solutions are the ones that come from “experts”  – whether persons or institutions – from the North.

For centuries European countries have extracted natural resources from their colonies, giving them the opportunity for growth which in some cases has led to industrialization. Never looking back, never considering sustainability has changed the logic of the economy once and for all. Of course, sustainability is a very recent concern, a novel concept (again on the Western agenda but of course global in scope and nature, even though sustainability has always been in the practice of indigenous people). Now the expectation is that developing former colonies achieve in decades what today’s developed countries achieved in centuries but not only that: they must also do it sustainably.

So when Future Challenges cites the OECD initiative on inclusive growth as a good alternative with greater social impact, for me this is just history repeating itself as yet another recipe is sold as democratic and participative in a new chapter of the same old story of developed countries telling developing ones what to do.

And all this comes at a moment when there is an evident lack of authority. The crisis of governance in the US, the friction in the EU and the hard times Spain, Greece and Ireland are having to recover their economies are just a few examples which show the general incapacity of Northern countries to overcome 2008 financial crisis, while countries in regions like Latin America remain stable. Maybe they could start listening and learning from others instead of just preaching … Inclusive growth sounds like all-embracing, yet how open is this strategy to other worldviews and alternative solutions that come from other cultures and traditions of knowledge?

What I’m trying to say is that if I just answer the question I end up assuming that all countries are on the same page, in the same situation and at the same stage of economic history, and therefore that it is obvious and natural that ALL should be asking the same question about the tension between growth and sustainability. But this is just morally and ethically unfair.

Many countries can show sustainable, stable and successful economies. Their multinational corporations and national enterprises get their environmental licenses, pay their taxes and even make donations and invest in social projects to save poor children in Africa. Admirable! It’s outside, on the periphery, where the dirty evidence appears: where they invest or take part in projects that are far from sustainable, where their profits come from paying slave-labor wages to people who work more than 16 hours a day, where they don’t have to pay for social benefits, not even apply security measures so if a mine collapses killing hundreds of miners, or clandestine textile fabrics collapse or burn killing hundreds, it’s not important, because far away – on the periphery – anything goes, and if there’s someone to blame it’s the weak governments of failing third world states, incapable of even understanding what development is. How can we talk about growth, sustainability or even “inclusive” growth when we refuse to pay attention to all the dead hidden beneath those numbers in charts – people on whose bodies growth is built?

This double standard is never addressed in sessions of the IMF or the OECD, it doesn’t appear in charts or statistics. Is there an index to measure inhuman activities for the sake of the economy? So let´s stop assuming that some questions are innocuous or that to answer them you just have to check some data and have a smattering of technical knowledge. If we do not address human beings as the most important future challenge, how can we expect to face other future challenges? What is the human cost of  the oh so desirable sustainable growth? The economy is supposed to be at the service of human beings, not the other way around. Isn’t it?