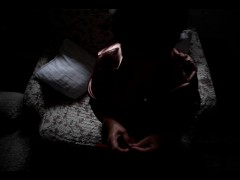 After surviving a war and struggling through university while living away from home in Sarajevo without financial support, I thought I had finally made it to somewhat safer ground when I was hired to work at a state institution in the Bosnian-Herzegovinian educational sector. I was excited and hopeful because I imagined I would gain a modicum of financial security, some career prospects, and most importantly a chance to do meaningful work that I felt was crucial to the healing and well-being of my country. Little did I know what awaited me there as a female employee.

I first experienced gender discrimination at work when it became clear that I was expected to work overtime without extra pay while my male colleagues, and female colleagues with husbands and/or children, were able to maintain regular schedules. Many of the other employees at the agency had got their positions through friends or family members. I had not, and this was another reason, I suspect, that I was expected to work much harder than my co-workers. At one point, I was openly told that if I got married or had children, the agency would not be able to keep me on.

I thought this was the worst of it. I was wrong.

In Bosnia, it is extremely important how a woman appears visually. Yet presentation is a double-edged sword. If a woman does not look ‘made up,’ she is not treated seriously and might not even get hired. Yet if she does care for her appearance, she risks harassment. This is exactly what happened to me. I began to experience verbal sexual harassment from my male colleagues, particularly my boss. Given the esteem I felt for this person, a ‘leader’ in the field I wanted to work in, and his age (which was more than double mine), I thought of him as a grandfather figure and a friend. So when he began verbally harassing me, I was shocked and completely devastated. When I rejected his unwelcome advances, he felt humiliated, and, in turn, began to humiliate me in front of my colleagues. When he realized that his behavior might be exposed, he developed a scheme to sabotage my work and my reputation. Given his position of power relative to mine, it worked. The harassment finally culminated in him threatening me physically. By this point, I was so worn down psychologically that I felt forced to quit my job. Indeed, this is precisely what my boss had hoped for. In leaving my job, I not only lost my income and put my future career in jeopardy, but I also lost my right to claim unemployment benefit and health insurance, because it was my boss’s responsibility to file the paperwork on time. Needlessly to say, he didn’t.

For a long time after, I thought about telling my story to the media. I had evidence and witnesses. Yet I never did, because I saw that other women who had gone public were stigmatized for doing so, and even put their personal safety at risk. It didn’t seem worth it to tell my story publicly. I had already suffered enough. (This blog is the first time I am telling my story.)

Yet my experiences in this prestigious state agency working for a man of high reputation have had one positive effect: I have become deeply aware of the challenges that women in Bosnia-Herzegovina face in the workplace. Working women in Bosnia are not protected from discrimination or from sexual harassment. It happens often, and unfortunately, the cultural climate is hostile to women who report violations: women are stigmatized or blamed for being “too sexy” or “too attractive,” and often do not feel safe telling their story.

In addition to a hostile working climate, women in Bosnia – a traditionally patriarchal society – also face a large number of other challenges that I am increasingly aware of. I can’t begin to name all of them here, but I feel it is important to mention the unusual difficulties faced by many female victims of war crimes. In my work as founder and executive director of the Post-Conflict Research Center, I have met many victims, including women who survived rape camps and sexual torture. Unfortunately, the suffering of these women did not end with the war. They, too, are often stigmatized for what happened to them. Bosnia’s witness protection program is unforgivably dysfunctional, and women are afraid to tell their stories or testify in court. Some courageous women have been harassed by perpetrators after testifying, and feel forced to withdraw their testimonies. This also prevents other women from coming forward. There is no state level law which regulates procedures for dealing with the cases of women victims of war. Victims’ Associations are supposed to be on the women’s side yet sometimes use the women as tools for political purposes. One woman who has endured such trials and tribulations is “Zehra R.” Zehra has faced an inordinate number of difficulties after bravely bringing forth her painful story of what happened to her during the war.

On behalf of The Post-Conflict Research Center, I insist that Zehra, and other women like her, should have a place where they can tell their stories without fear. They deserve to be heard, because if they are not heard, no justice will be possible. The good news is that Zehra’s story and others are beginning to emerge. For example, you can listen to their stories in two documentaries that I have had the opportunity to work on as the Bosnian producer and the assistant field producer, respectively: “Unprotected” and PBS’ “I Came to Testify: Women, War, and Peace.” But this represents only the beginning of what should be a larger coming-to-terms with the past.

As Women’s Day passed on March 8, something was bothering me, but it took me a few weeks to articulate it. Ultimately, I could not avoid confronting the larger problems that women in Bosnia face today – both within the workforce and outside of it. While flowers on March 8 were nice, it is hard not to see them as empty symbols masking the fact that women in our society are far from being cherished or respected.