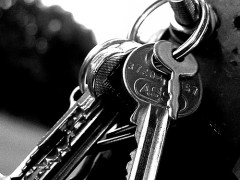 Education is something many people seek and work hard to get. They believe that school competitions, student loans and best grades will give them better chances for a good job and a better life in the future.

I agree with the claim that “that governmental inefficiency in any sector makes the private sector grow.” However, my thesis is: if the free education provided by the state fails to be effective, then private education just becomes elitist and expensive – thus increasing the gap between the rich and the poor. The educational system in Russia has experienced a slow transition from a system of free public education in the USSR to a modern day system of private schools and universities.

There are many children with great potential and limited financial options in Russia. The end goal for many students from remote regions is to obtain a state-funded place at a good university. The competition for these places is incredibly stiff:  departments have different quotas for them, but they normally do not exceed 16% of the overall intake of students.

Student loans are not popular and also difficult to get. Getting a student loan is close to impossible and the practice is not as widespread as it is in the West. Only a few banks provide such loans while credit rates are too high for people to afford them. While the US government takes responsibility for credit risks on student loans, in Russia the banks bear all the risks which is why they cannot offer lower and better rates. The average rate for a student loan varies between 15-20%.

Some experts believe that the quality of both school and university education in Russia is declining. Experts claim that  state schools are free, yet unable to provide quality education due to a lack of funding. On the other hand, private schools also fail to provide proper education, as teachers are scared to give bad grades to rich kids whose parents are payrolling the school.

Unlike in the Soviet Union, university education in Russia is no longer free, while the field is rife with cooruption.  As the prominent journalist Yulia Latyinina points out, students bribe professors in order not to study and professors get bribed in order not to teach. A lot of students are not interested in acquiring knowledge, all they want is the degree. Furthermore, you can buy a fake diploma down a passageway in Moscow with the peace of mind that no employer will bother to check on it.

The value of education?

Most of the non state-funded students do not seem motivated to learn at university; after all, their parents paid money for their education and they don’t really need to worry about any financial aspects.  At the same time, if someone fails to pass an exam it does not mean that this person will be automatically expelled from university. “If you want to be expelled – better quit yourself” was a famous saying during my university years in the remote city of Vladivostok in the far east of Russia.

Academic excellence does not have any significant value on the labour market, as most students are aware that they will not get a job in the field they trained for. I graduated from my university in 2008 and only a small percentage of my peers work in the field of international relations; most of them are now working in the business sector. So you might be justified in asking why universities accept so many students in departments that have such low employment potential? Given this situation, the private sector has no choice but to employ people and reeducate them at the workplace.

Clearly, not all students have scant respect for education. On the contrary, there are a lot of talented young people who believe that their education is a valuable asset for the future. Young, ambitious people who are fluent in English or any other language prefer working and living abroad rather than staying in Russia. This trend poses a major problem for the Russian employment market as more and more people try to escape the country, its bureaucracy and its inflexible political regime. If students choose universities abroad, their chances of returning to Russia diminish.

The Russian education system is at the crossroads at the moment.  A lot of people still believe in the high performance of the USSR system of education. However, this assumption no longer holds water: Russian diplomas have lost their value both at home and abroad. After all, only good connections now seem to guarantee you getting a good job – no matter how good your diploma or personal merit might be.