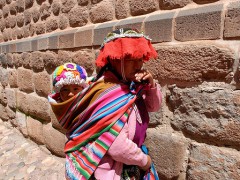 Conventional wisdom during 2012 was that the region was developing in two tracks —distinguished by the impact of the economic crisis in industrialized economies. A first group of open, private investment driven, and stable economies in the Pacific side (Chile, Peru and Colombia); and the biggest economies slowing down such as Venezuela, Brazil and Argentina, incapable to boost productivity due to excessive regulations, capital and exchange controls, and government control. However, the story is more complex when focusing in long-term development challenges that the region must face . We argue that during 2013 the international context provides key opportunities as the threat of a systemic crisis recedes.

South American countries need to continue providing strong signals that governments are focusing on improving people’s living conditions. During the last decade, some countries increased government spending in social policies and domestic investment, such Ecuador, Argentina, Paraguay, Uruguay and Bolivia —and now are facing the risk of inflation and macroeconomic instability. Others such Peru, Chile, Colombia and Brazil not only increased domestic spending but along with foreign investment —and they could face the risk of financial bubbles and currency appreciation. A woman and her child in traditional garb in Cusco, Peru (By Agência de Notícias do Acre via flickr.com CC BY 2.0)

In such context, 2013 brings its own challenge. A mixed picture emerges regarding the challenges[1]:

• The demographic dividend means that there are few dependents on working-age people, thus a young and productive labor force in a business-friendly environment means future productivity gains. We have reported efforts to connect people to markets, such as promoting entrepreneurship, connecting small businesses in productive chains, and improving credit markets through financial inclusion. In contrast, a low educated labor workforce or rigid and informal labor markets could be a lost opportunity for the region, creating frustration among young people and the risk of future conflicts.

• Social conflicts and major demonstrations in the region indicate that the benefits of economic growth are not well distributed, and a growing middle class is becoming more aware of this situation. Even though income distribution has improved and the informal sector is slowly reducing across the region, inequality will not recede unless countries invest more effectively in sectors that favor social mobility: education, science and technology, and health, among others.

• Political discourse is rapidly embracing inequality and social inclusion. Local governments in major cities have launched projects from art programs to big-push investment in public spaces in order to create more inclusive cities —and these ideas has rapidly expanded from progressive cities in Brazil, to Bogotá and Lima. Multilateral Development Banks, a dynamic source of innovation, have been keen to mobilize resources and provide support for such projects —Bus Rapid Transit systems are a good example. We need to appreciate up to what extent these improvements have been effective at reducing inequality and social inclusion: electors are demanding more results of inclusive public policies beyond the political discourse. Quito, Ecuador. Inclusive cities are one of the components for South American countries to improve the citizens’ livelihoods (By Marcio Ramalho via flickr.com CC BY 2.0)

• There are encouraging signals that governments are investing in institutional capacities to improve domestic policies. We have reported that international cooperation is rapidly creating instruments to support public sector reform, and that corporate social responsibility may follow this trend. The region is replicating instruments that have been successful in other countries. For example, through South-South Cooperation programs, conditional transfers, financial inclusion, and entrepreneurship promotion projects are multiplying.

• Although a systemic crisis seems less likely today, some threats of the international context may emerge during 2013. More open economies are experiencing an unprecedented influx of capital inflows and pressures to currency appreciation. Argentina and Venezuela are probably more likely to have a crisis, but they still have policy instruments to avoid it. Brazil has launched a public investment program to improve infrastructure, boost productivity, and increase science, technology and innovation capacities, and expects to improve GDP growth in 2012.

Three messages emerge from reviewing the innovations described during 2012 and how they relate to the most pressing development challenges in the region: (a) They are spreading fast in the region trough cooperation networks supported by South-South and international cooperation; (b) connecting people to markets is becoming a frequent strategy for social inclusion, even in countries where the political discourse opposes market-based solutions; and (c) it is difficult to promote innovations at a regional scale, due to the lack of instruments and effective regional organizations.

Having diminished the risks of a systemic crisis, 2013 provides a good opportunity for South American countries to take a look inside their domestic economies and propose the needed reforms to make their development process more sustainable. During the last three years, countries in the region have congratulated themselves due to their resilience to the financial crisis. Now they need adequate domestic policies to take advantage of a relatively less volatile international context.