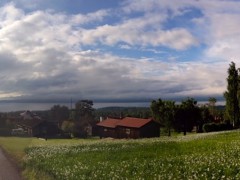 Meeting competing priorities in the face of budget constraints has never been easy. For policymakers fighting poverty in West Africa, there is a two-pronged challenge. On the one hand, there are poor people today who need support on the very basics of life. On the other, future poverty will need to be fought by making investments now that create future jobs and opportunities. Thus, there is always a fundamental dilemma of balancing resource allocation to meet the immediate needs of the poor while financing long-term investment. A key budgeting tool used to pursue these goals has been the subsidy tool. But subsidies have problems. While usually well-intentioned, they have turned out to be a blunt tool that is often bound to be misused. For example, generalized subsidies which seek to lower the cost of consumption tend to be captured by the rich who consume more goods already. Indeed, such subsidies have promoted wasteful consumption by the rich such as when cheap fuel encourages the use of high-consumption cars. And when used to promote the growth of industry, subsidies tend to be captured by business elites who, colluding with political elites, use it to protect inefficient enterprises. Under such circumstances, subsidies – as seen over the years in the region – have essentially become tools for transferring wealth from the poor to the rich.

There is a need for sharper tools for supporting the poor. And this is now happening as social protection tools targeted for the poor gain traction in the region. Targeted programs are more efficient and easier to assess and thus fine-tune. Since they are targeted, they cannot easily gain the large political constituency that general programs assume and which makes them hard to dismantle even when they have failed. The key challenge of these programs will continue to be designing and delivering them. Identifying the target – the poor – and devising an efficient way to deliver the service is difficult. This is the work ahead, and lessons are being learned and new technologies such a smartcards are being applied.

Another key challenge will be designing subsidies for industries which will continue to be the most contentious because they are susceptible to elite capture. However, economic development will require that industry be built-up and, as has been the case, infant industries may need protection before they can compete. The key challenge becomes avoiding elite capture. The next challenge is selecting such industries or projects and determining when to cut support. This will require the creation of a very clear and transparent policy on subsidies that also ensures that open-ended subsidies are not implemented.

Meanwhile, in some resource-rich countries, another emerging and somewhat contentious budget issue will be the idea of saving under Sovereign Wealth Funds (SWF) for future generations. The question is whether it is prudent to allocate resources for future generations when many in the current generations are unable to go school and get proper nutrition. For resource-rich countries, where present absorption capacity is poor, the establishment of these funds may be justified. Yet, we have to acknowledge that given poor governance and weak accountability, there is a danger of the funds being wasted. It might be better for West African countries to place emphasis on strengthening governance and developing absorptive capacity to invest these resources today rather than saving for the future. Saving should be just the stop gap measure, for eliminating poverty today is the biggest saving one can have.