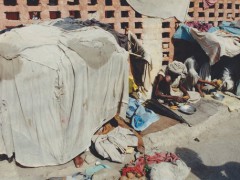 This article was originally drafted by Nisha Kumar Kulkarn and Intellecap for the newsletter “Searchlight South Asia” as part of the Rockefeller Foundation’s Searchlight Process. For more Searchlight content on futurechallenges.org, please click here.

The poverty and inequality statistics of South Asian countries highlight that human and social development have not kept pace with economic growth, and it is for this reason that the Lahore University of Management Sciences (LUMS) in Pakistan has been producing an annual report on Human Development in South Asia since 1997. The Mahbub ul Haq Development Center (MHHDC) at LUMS does extensive research on various human development issues in South Asia and their impact on country populations. The 2012 report published earlier this year focuses on Governance for People’s Empowerment. The critical value of the MHHDC report is that it is it is an in-depth, extensive look into the track record of each country in South Asia.

The MHHDC 2012 report confirms that high economic growth has “…not been accompanied either by adequate employment generation or substantial poverty reduction.” In analyzing the governing bodies of the region, the MHHDC found that “political governance has not matured enough to empower all people,” such as people from socially perceived ‘lower’ castes and tribes, and women, and that the poor do not have access to “timely justice” by judicial systems at home. Ultimately, the report concludes: “The region has an empowerment deficit in terms of poor delivery of public services in education, health and in all other areas of empowerment.”

India’s success over the last 30 years is held up as a model to emulate by neighboring nations. The country does have a solid start: economic growth has afforded the Government of India to invest more in poverty reduction and social services provision. It has been increasing its budgetary allocation to the education and health sectors annually – most recently by 18% and 13%, respectively, in the 2012-2013 budget – making them key sector priorities on the political agenda.

Poverty in India has also improved in that there is a higher standard of living available to more of the population. Still, more than 50% of the country cannot access potable water or adequate sanitation, which is conspicuous in city areas where the urban poor live. Health facilities are not easily accessible to all people, irrespective of being located in a rural or urban area.

Despite an unstable political environment, Pakistan has seen positive developments. Legislative amendments have resolved conflicts over provincial autonomy, judicial appointments and an independent election commission. The media has expanded over the last 10 years, making access to information easier. This has also made way for greater accountability by the government. “Yet, all the trappings of political, economic and social governance have not been able to deliver political voice, economic growth or social justice to a vast majority of Pakistanis,” says the report.

The requirements of governance in the country will involve stronger links between the government and communities. The report explains: “…Reinvigorating the district government system through active citizen and civil society involvement can serve to empower the people through greater equity, efficiency and accountability in service provision.” The Dharavi slum in Mumbai, India. (By Jon Hurd from flickr.com CC-BY 2.0)

Bangladesh is an intriguing case. It has made “extraordinary progress in development and poverty reduction since [its] independence. Yet it remains, in many ways, a paradox of success mixed with often weak and ill-performing governance.” The country has proven a commitment to people’s empowerment: for instance, it is on track to achieve all its education and healthcare-related MDGs. There is, however, a “deficit of accountability and efficiency in the institutions for political and economic governance” in the country.

Nepal can learn from its neighbors’ respective challenges and mistakes to fortify its own human development goals. “Nepal needs to create a momentum,” says the report. About 25% of Nepal’s population lives below the poverty line, and although the country’s Poverty Alleviation Fund has improved its track record over time, there is more work to do regarding improving access to food security, education and healthcare.

In the scheme of governance, the urban poor are truly the most marginalized. As cities expand, governance for urban empowerment is critical. The research that is done by MHHDC and other such institutions is important not only because it is a repository of local knowledge, but also because it attempts to draw parallels in what is unfolding globally. And in the increasingly urbanized South Asia, understanding the human development challenges and needs in the context of cities and their respective poor populations is essential to improving the overall economic, political and social health of the region.