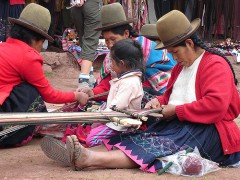 This article was originally drafted by the Foro Nacional Internacional for  the newsletter “Agenda Suramerica” as part of the Rockefeller Foundation’s Searchlight Process. For more Searchlight content on futurechallenges.org, please click here.

A combination of flexible regulation, adaptation of mobile technologies, private sector investment with social inclusion in mind, and associations with non-bank actors has made an expansion of commercial branches in Peru possible at a relatively low cost, in a short period of time. In five years, commercial banks in Peru have been able to increase their branches from five to every 100,000 habitants to almost 50. These are great news for remote districts in Peru, which will receive the benefits of accessing the formal financial system.

Building from previous experiences in Brazil to promote microfinance in remote areas using mobile technologies and advice from the IADB, the Peruvian banking regulator (SBS in Spanish) implemented legislation to increase the presence of commercial banks in remote areas through cajeros corresponsales (CC) —bank agents with a limited set of financial services, usually as a supplementary service of small businesses such as stores or distributors. According to a SBS background study in 2006, installing a full-service bank branch cost around US$200,000, while a CC only US$5,000 and could be more cost-effective to expand banking services than a ATM at US$35,000. This is a model of retail banking to export to other countries whose population is distributed in small remote districts throughout their territory. Nevertheless, connecting remote areas to financial services at a low-cost will have different challenges in the next five years. We focus on three challenges: (i) reaching the poorest with more and improved financial services; (ii) addressing security concerns in remote areas without adding unaffordable expenses; and (iii) developing a regulatory system to protect a larger number of users, with a particular focus on the newcomers and the most vulnerable.

Despite the expansion of the banking network, SBS (2012) indicates there are still 65 percent of districts (25 percent of the population) without any connection whether to a CC, ATM or bank branch. A first barrier for further expansion depends on whether it is cost-effective to expand retail banking to remote districts. By using low-cost options such as CC and mobile phone banking, it is clear that providing the necessary infrastructure is a positive step to universalize financial services. For example, the number of people with deposit account went from 40 percent of total adult population to 75 percent from December 2006 to December 2011. However, over the years it will be more difficult and costly to extend coverage to more remote districts. Since commercial banks are already investing in expanding the network, the next wave of expansion will emphasize cost-effective considerations. This argument is similar to the case of expanding financial services in CCs to include, in addition to existing services, opening new accounts and granting credit: more sophistication of services and distance drive up costs and reduce cost-effectiveness, taking into account that the volume of negotiations in such remote areas is expected to be low. A second challenge relates to security concerns. CCs operate in small stores that have a history of being targeted by criminals in urban districts of the city of Ica, Arequipa, or even in Lima. Expanding the bank network comes with two types of externalities regarding security. First, even though commercial banks are liable up to certain extent when there is a crime in CCs, improving preventive measures such as hiring extra-security or reducing transactions in cash would come as additional costs to CCs and the expansion model. In some cities, the cost of insurance for banking agencies is already increasing.6 Second, more open doors in remote areas also increase the likelihood of illegal transactions and money laundering, among others. Even though transactions in CCs were below 10 percent of total transactions as of 2009, their annual growth was above 90 percent per year, according to the banker’s union (ASBANC). This will cost regulators, banks and consumers extra, and may reduce future investments.

A third challenge corresponds to consumer protection in an expanded network. Prialé and Dias (2009) have indicated that the main challenge in Peru is not related to the regulatory system but implementation and enforcement of such system in a balanced way. In general, Peru’s regulatory framework has advanced quickly to embrace innovations such as CCs, and has already regulated their type of services and obligations, transparency and consumer protection, and regulation of systemic risks related to CCs. But the real challenge is how to distribute the burden of regulating and controlling an extended network.

Complaints about banking services are the most common, as recorded at the Consumer Protection Agency (INDECOPI in Spanish). These are below 0,1 percent of total transactions, and it is likely that INDECOPI rules in favor of the consumer in 80 percent of these cases. This situation will change as a consequence of a more decentralized network and INDECOPI is already opening offices outside Lima. Moreover, the Unit of Financial Intelligence (the watchdog of financial transactions) currently focus on transactions above US$10,000 and extending surveillance to more decentralized transactions will come at a cost.

Another area of concern regarding consumer protection is related to privacy. Again, legislation in Peru is strong in protecting private data and consumer privacy. Nevertheless, as the network expands throughout the territory through CCs and mobile technologies, there is a higher risk of the misuse of private data. Even though the risk of hacking increases with a more decentralized system, banks have already invested several resources to minimize these risks in their terminals. There is more concern about the use of big data from a multiplicity of actors (banks, mobile phone companies, small retailers and stores) without the consent of users, particularly in remote areas. For example, venture companies in the US are already investing in methodologies to crunch data from financial transactions for commercial applications. This information is valuable for firms willing to expand in remote areas where banks are now operating.

The outstanding expansion of retail banking in Peru will certainly influence plans of bank expansion in South American countries and other regions. Nevertheless, as this network expands, some externalities emerge. Although banks are investing in this expansion and contributing to achieve higher levels of financial inclusion, regulators and consumers need to prepare for the challenge that comes with a more decentralized and extended network.