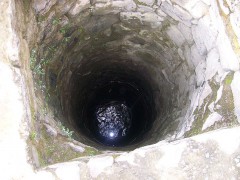 The Water and Sanitation Program (WSP) recently released a new report, “The Economic Impacts of Inadequate Sanitation in Pakistan,” as part of WSP’s Economics of Sanitation Initiative (ESI). The WSP-ESI report concludes that poor sanitation results in heavy economic losses for Pakistan. Providing further perspective, World Bank Country Director Rachid Benmessaoud has pointed out that “the total amount of the losses caused by poor sanitation in the country is seven times higher than the national health budget and 3.5 times higher than the education budget.”

Assessing the gains, the WSP study findings indicate that sanitation and hygiene-related interventions could mitigate 52% of estimated economic impacts, equivalent to PKR1,125 (~US$13) per capita and 2% of GDP. Access to improved toilets alone could save up to 36% of total costs and nearly 1.5% of GDP. Educating the poor, resulting in improved hygiene behavior such as hand washing, could bring down the total economic impact by 46%. Similarly, improved access to quality water and safe confinement and disposal of fecal matter could mitigate nearly a third of total economic losses.

On March 22, 2012, the eve of World Water Day, a UNICEF update on water and sanitation in Pakistan further highlights the depth of Pakistan’s water and sanitation issue by noting the high incidence of diarrhea due to unsafe drinking water. The Pakistan Medical Association’s annual health report for 2011 states that one child dies every minute from diseases that are preventable by immunization, diarrhea and respiratory infections. The situation was exacerbated in the aftermath of the 2010 floods, for which UNICEF provided emergency assistance, including provision of safe water, water purification tablets and jerry cans.

Pakistan’s Water and Sanitation Agency (WASA) is facing criticism from affluent and poor customers alike for its inability to meet the country’s water needs. WASA cites the increasing costs of system maintenance and the poor payment history of individual and commercial users as key reasons why it is unable to efficiently deliver water. The agency plans to launch consumer surveys to determine illegal connections and is working on a business plan to find ways to boost its decreasing revenues. It is also drawing up plans to clean up wastewater drainage outlets in Lahore: currently, untreated wastewater is emptied into the Ravi River.

Provision of services is one part of the equation. Educating users of the importance of clean water and sanitation is the other part. Hygiene education is not provided widely in Pakistan and is not a critical part of the government curriculum in schools. Individuals and organizations in Pakistan, however, are working to correct this situation.  For example, Seema Zahid, a high school teacher in Gulshan-e-Iqbal and a town education officer, has organized walks with school children from two schools located in low-income areas of Karachi as part of the World Walks for Water and Sanitation campaign. Another initiative headed by Unilever – the Lifebuoy Hygiene Awareness Programmes – works with NGOs in Pakistan to teach children the importance of hand washing. These efforts have been successful in creating buzz around hygiene. It will take longer, though, to bring about a change in habits – especially when access to facilities is a challenge. A female doctor with the International Medical Corps examines a young boy at a mobile health clinic in Pakistan (By DFID – UK Department for International Development [CC-BY-2.0 (http://creativecommons.org/licenses/by/2.0)], via Wikimedia Commons)

A 2011 IRC study on sanitation financing models for the urban poor states that, “the absence of implementing a full sanitation service chain severely affects poor people,” and that, “poor families in urban areas already pay the price for unsafe and ill-conceived disposal of their excreta; albeit in forms other than money.” The study cites the same issues that the WSP-ESI report accounts for, particularly the welfare costs related to user preference, such as time and energy diverted from other productive tasks to find places with enough privacy to relieve themselves.

The study also makes a critical point about the role of gender in adequate sanitation. Women lose out on employment opportunities because they spend productive time searching for clean water or privacy. School dropout rates are high among girls who have reached puberty due to lack of sanitation facilities at government schools. Women and adolescent girls also run a high risk of developing kidney stones because they are actively lowering their fluid intake to reduce their visits to the toilet.

Financing the full life-cycle costs of sanitation should go beyond installing toilets. The IRC study notes that interventions and program budgets must account for investments in creating demand for toilets, providing information and marketing services, ensuring financing mechanisms for production and maintenance of sanitation services, and providing support for efficient operations, use and waste disposal. It would appear, then, that only such a life-cycle approach would ensure better sanitation and health for the poor and ultra-poor in cities that is sustainable in the long-term.

Globally, the costs of urban water and sanitation are borne by governments and households. A mere 5% of all Official Development Assistance (ODA) goes to the water sector with sanitation often remaining unaddressed. Studies that assess national economic and social losses on account of poor sanitation services, such as that done by WSP-ESI, are critical to building advocacy and directing the flow of funds towards improved sanitation models.

Financing for this sector comes from grants and user fees in the pay-per-use models. Funds from these sources tend to be inadequate for the big push the issue requires. Furthermore, disposal of waste is one piece of the sanitation chain private sector players struggle to put together. Public-private partnerships at this juncture could enable private operators to deliver better and more sustainable services.