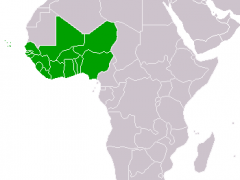 This article was originally drafted by the Centre for Democracy and Development for the newsletter “West Africa Insight” as part of the Rockefeller Foundation’s Searchlight Process. For more Searchlight content on futurechallenges.org, please click here.

The prevalence of poverty and hunger around the globe is high and the challenge the world faces to reduce and eradicate them admissibly enormous. Deliberate efforts are producing substantial change, empowerment, food security and development in developing regions like Latin America. In West Africa, however,  these twin disaster situations are on the increase despite the universal commitment and agreement which put  eradication of poverty and hunger as number one goal on the MDG’s the region has busied itself to implement in recent years. Additionally, there is a scarcity of comparable statistics on poverty in the region beyond the UN Publications and this has remained a critical area of concern in the ECOWAS. Meanwhile, reports from within and outside the region are pointing to poverty on the increase while signs are glaring throughout the region.

This dangerous poverty signal is best exemplified in two distinct situations: in the Sahel-Sahara portion of the EOWAS region and in Nigeria. In the Sahel, poverty, hunger and malnutrition have settled in as a permanent crisis profoundly acute in places like Niger where the country’s gate is but widely open for international benevolence. Government authorities estimated that nearly a million children in Niger are moderately malnourished and another 200,000 have severe acute malnutrition, a life-threatening condition. Over 58% of Niger’s population is deemed food insecure, according to recent surveys. Assessments conducted in December by the Nigerien government showed that some 7.8 million people will be forced to cope without food reserves for at least six months before the October harvest; food stocks for severely insecure households—approximately 20% of the population—have already been depleted.

Secondly, distinct from the Sahel scenario where the severe food shortages result from a number of factors, including drought-like conditions, high staple food prices, and a sharp drop in the market price of cattle and, in some cases, an open rebellion, Nigeria’s poverty and hunger as well are paradoxically and disturbingly on the increase. 122.5 million of its 163 million people live in poverty  with about 100 million on less than a dollar a day. The country’s National Bureau of Statistics (NBS) reported in February 2012 that the percentage of Nigerians who can’t afford more than the most basic needs of food, shelter and clothing is on the continuous rise from 54.7 percent in 2004 to 60.9 percent in 2010. With the removal of fuel subsidy and attendant price rise the future in 2012 and beyond for Nigeria will be worsening despite the huge human and natural resources available to it.

Worst trapped and affected in this social irresponsibility are children, women, the elderly persons and people with disability in the urban slums and rural grassroots across the region.

This pervasive and glaring poverty in West Africa is seriously challenging the western /Bretton Woods measurement of development and progress in which States are applauded for registering growth (in some cases over 7% annually like in Nigeria) while the experience on ground depicts exactly the opposite in with unemployment, hunger, destitution, disease burden, water and shelter scarcity glaringly on the increase.

Woman with children in Sierra Leone.

Home grown leadership and strategy dedicated to social development and poverty eradication is the solution to African Poverty. The Abuja-based African Centre for Leadership Strategy and Development (Centre LSD), headed by a renowned development worker, is building both state and non-state capacities for informed leadership that should be capable of resisting corruption, shifting market economy that is hitherto placed beyond the people to real pro-people development economy. Institut de Development et d’Echanges Endogenes (Institute for Development and Endogenous Knowledge/Exchange) –IDEE – in Benin Republic is increasingly building the momentum for Africa looking from inside to address poverty, peace, health, technology, manufacturing and the exploitation of natural resources.

African farmers’ organisations are coming together to promote more appropriate strategies for rural development based on sustainable agriculture and strengthening of local food systems. Groundswell International representatives Fatou Batta (Burkina Faso) and Peter Gubbels (Ghana), as well as Bern Guri, executive director of the Centre for Indigenous Knowledge and Organisational Development (CIKOD), are working with West African farmers’ organisations, to strengthen this movement in West Africa by drawing on decades of successful experience in helping rural communities to overcome poverty and hunger through sustainable agriculture approaches. These methods are financially accessible to small scale farmers, depend on local initiative and innovation, and are appropriately adapted to local ecosystems. In addition, Groundswell has developed a long-term plan with local organisations in Gnagna, Gourma and Koulpélogo provinces to promote and scale agroecological approaches to farming and strengthen local markets and food systems as viable strategies to overcome poverty and hunger. They are assisting local community-based organisations (CBOs) and NGOs working in these regions of Burkina Faso to expand effective agroecological approaches to new villages while improving the effectiveness of existing programme work; documenting the context, process, and outcomes of “good practices” for agroecological production; and creating a network among local CBOs, NGOs, and other development actors to share lessons and improve each other’s practices. By the end of 2012 the work in Burkina Faso is expected to improve the livelihoods and wellbeing of more than 18,000 families.