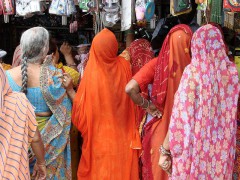 The promotion of gender equality and women’s empowerment around the world cannot be successful unless physical spaces – public and private – are free of violence and harassment. The MDGs are predicated on a safe environment, without which girls would not be able to attend school and women would not be able to access new income-generating or political opportunities. But as the studies of women around India, Pakistan and Bangladesh show, a safe environment cannot be assumed, and violence prevention needs to be more closely linked to poverty reduction. The strategies to eliminate violence against women and girls, which is highly intertwined with the region’s religious and societal customs, will require solutions that include education for men, inclusive urban planning, public official training and avenues for women to report their grievances without fear.

Providing women safe opportunities to engage in public space is an essential first step, since without access to public transport or the ability to walk safely down roads, women have no means for advancement. The urban environment is meant to be the heart of progress and social liberalization in countries where women’s roles are continually developing. South Asia’s urban areas need to bring women’s safety issues to the fore of urban development, and only then can women’s empowerment follow successfully.

Women’s inability to move about a city free of harassment diminishes their chances of economic freedom. In Karachi, violence against women is extremely high, even with conflicting figures: one study says that 49.4% of women have experienced domestic violence, while another study from public hospitals in Rawalpindi and Islamabad found that 96.8% of women were victims of domestic abuse. In response, researchers in Karachi undertook an economic skill-building intervention to “increase women’s economic independence, promote women’s safety, and improve the behavioral functioning of their children.”

Reports indicate that there are economic causes to spousal violence against women, including women’s financial dependence on men, as well as restrictions on women’s access to education and employment. “Combined reports from United Nations (UN), World Health Organization (WHO), and World Bank (WB) indicate that among the 1.3 billion people worldwide who live in poverty, 70% are women. Women earn only 10% of the world’s total income and contribute two-thirds of the world’s working hours (Care, 2005),” reports the study from Karachi. In building women’s earning potential to gain greater independence and decision-making power, the intervention in Karachi is a first of its kind. It differs from the more common approaches to combating violence, which are focused on “promoting safety-seeking behaviors, counseling programs, and safe shelter residency programs for abused women.”

The goal of the ongoing research in Karachi is to uncover if the economic skill building in women correlates to a decrease in violence committed towards them. The skills identified as essential for successful employment include: effective communication, time management, parenting and personal grooming skills, as well as strategies for dealing with harassment and abuse (in the home and at the worksite). This report is a first step and documents the initial stage of building the economic skill-building modules, which will then be tested in a randomized controlled test (RCT). The findings of the RCT will be published upon the study’s completion. The results will also implicate a direct link between poverty-reduction goals and the need for greater safety and security for women.