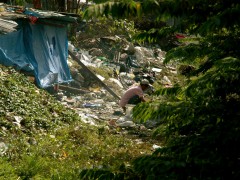 The efforts recently made by the government of Thailand to promote green jobs have the potential to turn green jobs into an alternative source of employment for unskilled and semi-skilled workforce in the long run. A green job refers to work done in agriculture, industry, or service sector which helps in preserving and restoring the environment. Over the past five years, the government has introduced several polices, laws and training programs to develop green skills in the country. At present, Ministry of Labor is in the process of establishing a National Green Skills Office to impart green skills training and enter into partnerships with international companies to introduce green technology in Thailand. The Ministry of Tourism and Sports, the Ministry of Industrial Works and the Chamber of Commerce are formulating programs to propagate green skills training such as solar cell installation, ecotourism and green business. These efforts, in the coming years, could act as catalyst in boosting green skills training programs in Thailand.

In 2007-08, the Government of Thailand adopted a policy of increasing use of alternative energy; according to this policy, the Thai government aims to make alternative energy 20% of the total energy consumption by 2022. There are many alternative energy producing plants that have come up after the announcement of this policy. The Department of Alternative Energy has introduced training programs for local villagers in installing and maintaining solar, wind and hydro power plants. In 2007, the government of Thailand announced the Tenth National Economic and Social Development Plan which focused on moving towards a green economy. After this, several government departments introduced green skills training programs. In 2007-08, the Department of Skills Development (DSD), under the Thai Ministry of Labor, has launched a green skills training program in 76 provinces across Thailand. Under this, skills imparted include training for waste recycling, making herbal juice, herbal soap and designing solar cells. Each year, DSD trains 5500 people in green jobs. In 2009, the government of Thailand launched a training program, Tonkla Archeep, with USD 218 million. Under this program, mostly focused on imparting green job skills, training is provided for making recycled and bio-degradable containers for food packing out of cassava, banana leaves and lotus leaves and for making natural soaps and creams from fruits such as tarmarina, mangosteen and papaya. The 20-day training period focuses on imparting skills for self-employment and also provides entrepreneurial skills for running green businesses. In the beginning of 2011, this program had trained approximately 0.5 million unemployed people.

The development of green skills has the potential to provide alternative sources of employment for semi-skilled and unskilled people as most of the courses, such as making natural soaps and creams do not require any education. The employment opportunity for semi-skilled and unskilled workers in rural areas associated with the development of solar power plants (alternative source power) of has been discussed in January 2012 edition of Asian Horizons. Currently, there is no data on green jobs in Thailand. In absence of such data, the future prospects of green jobs cannot be assessed; this acts as a hurdle in getting local NGOs and private companies involved in the development of training programs. Further, it might also limit the participation of people in green skills training programs.